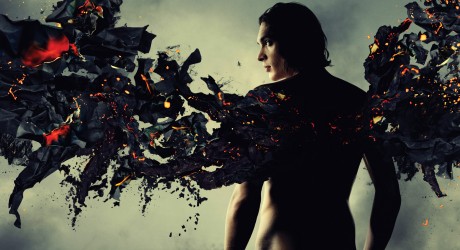 A co-production with NI Opera

AIDED and abetted by Scottish satirist, Rory Bremner, Scottish Opera will tour a new production of Jacques Offenbach’s send-up of Greek mythology, Orpheus in the Underworld, this autumn.

Bremner has written a new translation of the opera, and his sharp tongue and political nous are a perfect match for Offenbach, who was well known for parodying the work of other composers of his day.

Originally created to satirise the government of Napoleon III’s France, here the action is updated to the present day as director, Oliver Mears, pokes fun at our media mad, celebrity-obsessed world.

Orpheus is perhaps Offenbach’s best-known work and features some of the funniest scenes and daftest situations in French opera.

His riotous sense of humour and knack for catchy tunes take the characters (which include Eurydice, Jupiter, Venus, Mercury, Mars, Pluto and Public Opinion) from one ridiculous situation to another, culminating in the riotous revelry of the world-famous ‘Cancan’.

Claire Haslin and Ruth Wilkinson will play for piano-accompanied performances, while Scottish Opera’s head of music, Derek Clark, will conduct a chamber-sized ensemble drawn from The Orchestra of Scottish Opera in other performances.

Orpheus in the Underworld opens on 8 September at the Citizens’ Theatre in Glasgow.

It will then transfer to Northern Ireland and on to London’s Young Vic for a two-week run.

Scottish Opera’s general director Alex Reedijk, said: “Distilling great opera down to a size that we can tour to smaller Scottish venues has been at the heart of what we do for 33 years and I’m pleased that we’re going back on the road this year with what’s promising to be a highly-entertaining interpretation of this cheeky opera. We’re looking forward to see what people make of it!”

Orpheus in the Underworld is sung in English; running time is two hours (including 20 minute interval).

For more information on performance dates in Northern Ireland and London, and to book tickets, visit www.scottishopera.org.uk.