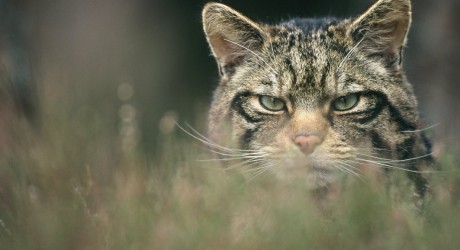 A WILDLIFE festival, which returns to Perthshire’ Big Tree Country for the second year, is celebrating news that it will be bringing an international famous film festival to the area direct from the UN’s headquarters in New York.

Wild Connections, founded in 2010 to showcase Highland Perthshire’s potential as a wildlife tourism destination, will run from 8th – 16th October, offering around 30 events to enthusiasts.

Says a spokesperson: “Organisers are hailing the inclusion of nine award-winning short films, brought here by Forestry Commission Scotland as part of the UN’s International Year of the Forests celebrations, as a major coup.

“They expect visitors will travel from far and wide to the Birnam Institute on Sunday 9th October for the free viewing of wildlife films, which were premiered in New York earlier this year.”

“Scotland’s strength in forestry continues to grow and I’m very pleased to see such a high quality series of films being shown in Scotland as part of our celebrations for International Year of the Forest.”

Adrian Davis, festival organiser, commented “We’re delighted to have such a prestigious film festival as part of our programme and to bring such significant films to Perthshire.

“We’re certain they will be popular so, although it’s free to attend, we are urging people to book their tickets online at www.wildconnections.org.uk to ensure they get a seat.”

The range of events on offer at this year’s Wild Connections is strongly influenced by the International Year of the Forest celebrations, in particular demonstrating the rich wildlife that lives within Big Tree Country.

Badgers, red squirrels, wild cats, pine martens, birds of prey, bats and red deer will all play starring roles in many of the events and activities.

Wildlife photography enthusiasts will not be disappointed either, as multi-award winning photographer, Peter Cairns, will return to the festival with two master classes.

Adrian Davis, a wildlife tourism specialist and the driving force behind Wild Connections, has been working tirelessly to bring the nine-day festival to fruition and is heartened to see it proceed for a second year.

He commented: “Like most events, funding has been challenging this year but we have the support of organisations such as LEADER Rural Tayside, The Onaway Trust, Forestry Commission Scotland and Perth & Kinross Countryside Trust, without whose support festivals of this nature would not be able to proceed.

“We are very excited about Wild Connections which also coincides with one of the area’s major tourist events, The Enchanted Forest, so we’re happy to offer visitors to the area plenty of choice on daytime activities that truly showcase the area’s finest wildlife and scenery.”

For further information on the festival and the series of events on offer, visit www.wildconnections.org.uk