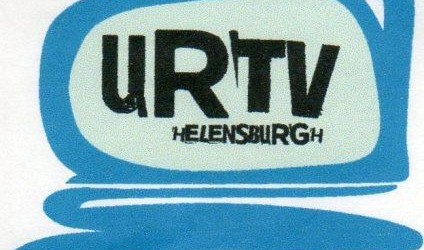 URTV, said to be the first daily internet TV network in the UK, is to showcase its pioneering approach to hyperlocal television at a presentation in Glasgow on Monday (September 19) as part of Social Media Week.

URTV has recently launched a channel in Ayrshire following the highly successful launch of Helensburgh.tv which began broadcasting to the home town of television pioneer, John Logie Baird, on 26 January 2011, the 85th anniversary of the inventor’s first public demonstration of television.

Says a spokesperson: “In just eight months, Helensburgh.tv has established itself as a community asset, providing local news, sport and entertainment to a population of around 25,000 people. Funded by advertising and sponsorship, the channel is already breaking even on day-to-day running costs.

“As part of Social Media Week, which is being held in 12 cities around the world simultaneously to encourage conversation around emerging trends in social and mobile media, Brian Keating, CEO of URTV will present ‘The Legacy of Baird – the Advent of Social TV’.”

The event, which takes place on the top floor of Tay House, 300 Bath Street, Glasgow between 11am and noon on September 19, is free and open to anyone interested in establishing and operating local tv.

“We believe hyperlocal television is something that people want and that it is commercially viable,” said Brian Keating, director of URTV and a former executive with Apple Computers, Newbridge Networks and Thirdspace.

“We have created a lowpcost model without compromising on quality which will help establish social media television as an ideal platform for local news, views and entertainment.”