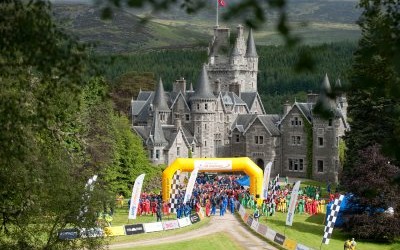 THE Dame Kelly Holmes Legacy Trust is set to benefit from a partnership with one of the UK’s largest and most prestigious corporate team development events, and recent winner of the Best Corporate Event at the Scottish Event Awards: The Intelligent Sport® UK Challenge.

Organisers IMG Challenger World have announced today that a three year partnership with the event which attracts over 700 participants from some of the Europe’s biggest companies and top management teams, is expected to raise over £1million for the charity which supports young people, giving them access to world class sports stars to inspire them and to create strong role models and life chances for young people.

The announcement was made on the day that entries opened for the 2012 Intelligent Sport® UK Challenge which will be held in Stirling.

The Intelligent Sport® UK Challenge is held just once a year and pushes the best UK business minds and bodies to their very limits over eight stages, four days and three nights.

Based on three fundamental principles (strategy, intelligence and teamwork), corporate teams work through various missions that put to them to the test both mentally and physically. The event culminates on the Saturday evening with an awards ceremony and a well deserved party.

Participating teams also fundraise for charity during the event and in the past have raised over £450,000 for the event’s chosen charity in a single year. In 2010, a top fundraising team of just seven people from Lloyds Banking Group raised a staggering £185,000 for the incumbent charity NSPCC.

Julia Warne, IMG Challenger World, said: “We are thrilled to be working with Dame Kelly Homes Legacy Trust. It has strong alignment with The Intelligent Sport® UK Challenge which is designed to support and inspire some of Europe’s top business teams to excellence and we firmly believe that participants will relish the challenge to contribute to the work of such a worthwhile charity.

“We’re thrilled that Dame Kelly has confirmed her attendance at the event to motivate everyone involved and who knows?

“They might even find themselves competing against the iconic Olympic gold medalist herself, in 2012 no less – now, that would be the ultimate challenge!”

Dame Kelly Holmes commented “I am very excited about the new opportunities opened up by this  partnership with The Intelligent Sport® UK Challenge.

“This event pushes participants to their limits both physically and mentally, and inspires people to work together and support each other.

“It mirrors our mission at the DKH Legacy Trust and I am very much looking forward to working with them to raise funds which will help us to continue to create life chances and opportunities for even more young people who need and deserve them.”

DKH Legacy Trust CEO, Julie Whelan, said: “It is a real honour to have been chosen as the charity partner to The Intelligent Sport® UK Challenge.

“As a charity, we are committed to supporting young people, and through the support of all the teams in the UK Challenge, we’ll be able to create life chances for more young people.”

The participants in the event will also benefit from working with fellow DKH Legacy Trust partner, Planet K2, who specialize in corporate performance development and will be helping all the teams prepare for the event using the fundamentals of sports physiology as well as strong business principles.

The Intelligent Sport® UK Challenge will take place from 13th – 17th June in Stirling in Scotland.

Teams of seven can be entered.

For further information and to sign up to The Intelligent Sport® UK Challenge visit  www.ukchallenge.co.uk.