Media Release: Wit and warmth – The Barber of Seville returns 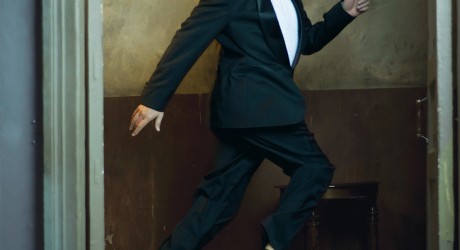 A TALENTED ensemble cast will bring to life the revival of Scottish Opera’s hugely-popular production of The Barber of Seville this autumn.

Glasgow-born tenor, Thomas Walker, leads the way as the lovelorn Count Almaviva, last seen by Scottish Opera audiences in his triumphant turn as Lindoro in 2009’s The Italian Girl in Algiers.

He is reunited with Tiziano Bracci (Mustafa in The Italian Girl in Algiers) who takes on the role of Doctor Bartolo.

Fresh from her success as Dorinda in Orlando earlier this year, Claire Booth brings her soaring soprano to the role of Rosina, while Ville Rusanen (Guglielmo, Cosi fan tutte, 2009) sings the irrepressible Figaro.

The production is a traditional, truthful piece of storytelling moulded by the masterly hands of renowned baritone Sir Thomas Allen, who brings a wealth of experience performing the opera to his role as director.

Set amongst the bright colours of southern Spain with an 18-strong male chorus, period styling, a witty libretto and Rossini’s typically glorious music, The Barber of Seville is a cheerful, fast-paced production that is sure to charm Scottish audiences.

The Barber of Seville is sung in Italian with English supertitles.

“One of the most handsome productions Scottish Opera has produced for some time.” The Guardian, 2007

“As a Figaro and Almaviva of renown, Allen knows that Rossini’s comic jewel just needs the space to play itself out, with vibrant singers and funny business standing by…” The Time, 2007