Media Release: Fermented soya beans not an acquired taste for Dundonian graduate after scholarship trip to ‘land of the rising sun’ 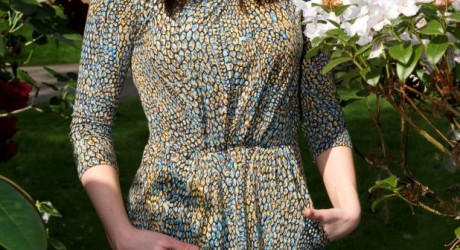 TWENTY four year-old Jen Rourke has always had a deep interest in the cultural links between Scotland and ‘the east’, an interest that has continued to grow since completing a six week scholarship in Japan.

Jen, a graduate from the Duncan of Jordanstone College of Art & Design in Dundee, has just returned from studying at The International Christian University in Tokyo after winning the annual Thomas Blake Glover Aberdeen Asset Scholarship.

The scholarship was no Japanese picnic, as the graduate soon discovered.

Jen Rourke says: “It was a six-week intensive course which covered various aspects of Japanese language and culture and gave me the opportunity to visit areas of historical and cultural interest.

“I am always looking to try new experiences and I attempted to eat as many Japanese delicacies as possible.

“I enjoyed each meal as much as the last, from Yakitori to Udon and Ramen.

“But the only thing I didn’t enjoy was Natto, which is fermented soya beans. I have been told that it’s an acquired taste but it’s certainly not one that I acquired!

“I first went to Japan several years ago while visiting friends in Asia, and it has been from this time that my passion for Japanese art flourished. I am thrilled that I have been given the chance to return and gain a deeper understanding of Japanese culture.

“My week consisted of three and a half hours of lessons each day and I was expected to study for five hours in my spare time daily although I usually ended up studying for seven!

“However, I did find the long days useful to my learning experience as the tutors were extremely professional and understanding of each individual student’s needs and I found them to be invaluable to my studies.

“During my visit, I also found the time to visit local museums, including the Tokyo National Museum, which was extremely impressive and inspiring.

“Now that I am back in Scotland I hope to use this inspiration to continue my studies at Masters level and I would like to focus in particular on Japanese art and culture.

“My work endeavours to illustrate factors of Westernisation that affected traditions, fashion and environments in Japan, drawing inspiration from pattern and symbolism in Japanese woodblock prints.

“In the future, I would love to be part of a team organising and curating Japanese art exhibitions in Scotland. I strongly believe this scholarship will help me as I don’t think I would have been able to receive this quality of tutoring out with Japan.

“Thanks to the Thomas Blake Glover Aberdeen Asset Scholarship I now have an extremely strong starting point and I feel confident I can continue my studies of the Japanese language at home in Scotland.”

Martin Gilbert, chief executive of Aberdeen Asset Management, says: “The reason this scholarship was created is for people like Jen.

“At Aberdeen Asset Management, we are proud to support initiatives which give young, enthusiastic Scots such a great start to their professional careers.

“Her enthusiasm and passion for all things Japanese shone through and even at the age of 24, you can see that she is a high achiever. I have no doubt that Jen will maximise the chances which this opportunity has brought her.”

Each year, Aberdeen Asset Management funds the scholarship for a Scottish student in recognition of the work of Thomas Blake Glover, an Aberdeenshire born entrepreneur credited with opening Japan up to the West.

The scholarship aims to recognise Glover’s success in Japan and provide young Scots with the opportunity to learn about business in the hope of further improving Scotland’s historic links with Japan.

This year Jen, who graduated earlier in the year with a degree in Illustration, impressed the judges with her enthusiasm and passion for all things Japanese which resulted in her entire fourth year at university being based on Japanese art and traditions.

Thomas Glover (1838-1911), the Scottish born entrepreneur embarked on a career in SE Asia when he joined the Scottish trading house, Jardine, Matheson & Co in Shanghai from where he went to Japan. He created Glover and Co. in Nagasaki in 1859, and played a leading part in the modernisation process ushered in by the Meiji Period (1868-1912).

Glover imported the first locomotives to Japan. He also established a brewery that later became associated with the famous Kirin brand. He is credited with influencing the development of Mitsubishi as an industrial conglomerate. Glover House in Nagasaki draws thousands of visitors every year, thus earning him an enduring place in the history of Japan’s awakening as a world power in the second half of the nineteenth century.

Other Scots made important contributions to Japan in the fields of civil engineering, education and public administration, but Glover remains the symbol of commercial involvement and enterprise.

Aberdeen Asset Management is an independently-operated company, which has been listed on the London Stock Exchange since 1991 and is currently a FTSE-250 (mid-cap) company with a market cap of £2.3bn. In October 2008, Aberdeen Asset Management announced that it had entered into a business and capital alliance with Mitsubishi UFJ Trust and Banking Corporation (‘MUTB’).

Excluding its smaller private equity offices in the UK, the group has 30 offices located in 23 countries around the globe with its main investment management centres in Edinburgh, London, Philadelphia, Singapore and Sydney, and its property operation is headquartered in Stockholm.

Aberdeen places great importance on the training and development of Graduate Business Analysts. Through various rotations round the company, it aims to give individuals a well-rounded view of the asset management industry and its related functions. The programme provides the opportunity to maximise the individuals’ experiences in the company, whilst enhancing their skills and knowledge. Over the years, Aberdeen’s graduate trainees have remained at the company and gone on to become senior members of the management teams.