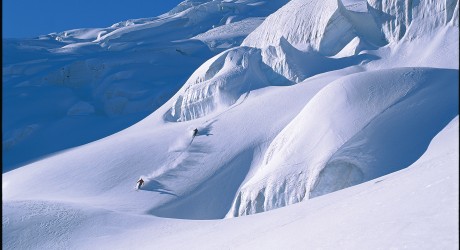 AS the first snow falls in Chamonix, France presents its largest offering yet at the Earls Court extravaganza.

New for 2011, the France Pavillon will bring together top French ski resorts and specialist ski operators under one roof.

The resort of Alpe d’Huez will be exhibiting at the France Pavillon; in summer, it’s the hotspot of the Tour de France but when the snow falls, the resort offers opportunities for ultimate off-piste skiing and it’s fast becoming a favourite with those in the know.

Not only will you have chance to get to grips with the serious stuff, but also get a taste of après-ski by those who do it best.

With over 350 ski resorts and four mountain ranges, France remains the most popular skiing destination with British tourists.

The show will be open from Wednesday 19th to Sunday 23rd October at Earls Court in London. If you have a press card, entry is free.

MEDIA RELEASE posted by Atout France. You too can post media releases (aka press releases) on allmediascotland.com. For more information, email here.