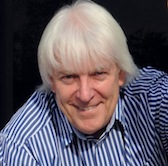 THE recession has made many directors reconsider the way they do business. But, is it also a time to consider other business models? Are social enterprises and co-operatives now more in tune with the times?

Sandy Murray, chief executive of Tenants First Housing Co-operative will give IoD members and their guests an insight into the opportunities at the Institute of Directors Aberdeen lunch on Thursday, October 27.

Sandy Murray has been chief executive of Tenants First since 1993. In that time, the Aberdeen-based co-operative has become, it is believed, the largest housing co-operative in Britain with 1,396 properties in Aberdeen, Aberdeenshire, Angus and Glasgow.

A non-profit-making organisation, owned and run by its members, Tenants First has just launched the £55 million Donside development, which will be the largest housing development seen in central Aberdeen in recent years.

In addition to his role at Tenants First, Sandy Murray is a director of Burnhaven Properties, who operate The Spires serviced apartments in Aberdeen, Birmingham and Glasgow. He also owns The Artists Gallery, a social firm that provide training and employment opportunities for people with disabilities, and is Chairman of Grampian Opportunities.

The IoD networking lunch with Sandy Murray takes place in the Royal Northern and University Club in Aberdeen from 12.15 pm. Places can be booked by contacting Kathy Matthew at Paull & Williamsons on 01224 621621.