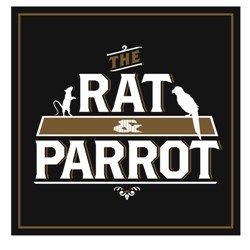 IT might only have opened its doors last week, but – already – The Rat & Parrot has quickly established itself as the place to be in Bishopbriggs.

Located on the site of the former Hermitage at 177 Kirkintilloch Road, the reasons for the popularity of the new venture is not too difficult to discern – The Urban Pub Company has transformed the unit into a relaxing place for daytime trade with food served from 12 noon till 9pm with daily specials and two meals for £9 during the week.

There is also live entertainment from Thursday night through to Sunday afternoon with a range of live bands and DJ’s to suit all.

A spokesperson for Glasgow-based The Urban Pub Company, owner of The Rat & Parrot, said: “We’re delighted to launch the first ever The Rat & Parrot in Bishopbriggs to bring a refreshing new quality hospitality offering to the town in its serving of quality food and drink at reasonable prices.

“Bishopbriggs has recently suffered from neglect by major licensed operators, and we are confident that The Rat & Parrot will give locals the quality of licensed offering the town has so desperately needed.”

The opening of The Rat & Parrot marks the latest stage of an expansion strategy recently announced by The Urban Pub Company aimed at opening up a string of new outlets all based on the concept of serving a quality food and drink offering at reasonable prices in locations neglected by major licensed operators.

Last month, the pubco launched its first Fox & Ferret outlet in Hamilton, while The Rat & Parrot will be followed closely by The Dog & Duck in Cambuslang.

The Urban Pub Company operates a number of licensed premises throughout the Central Belt, including: The Lincoln Inn, on Glasgow’s Great Western Road; 1901 on Pollokshaws Road; The Wise Monkey, Great Western Road and The Scotch and Rye in Summerston.

It also manages a number of outlets on behalf of various pubcos and independent operators. This management side of the business has flourished in the last six months, adding six outlets to a burgeoning portfolio.