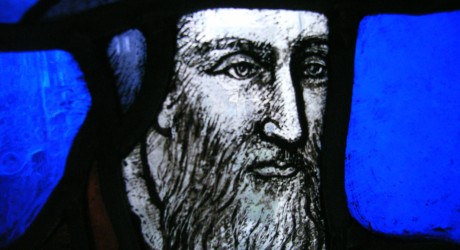 AS Edinburgh was the first appointed UNESCO City of Literature, it’s fitting that a new festival exploring Scotland’s past achievements is born into the ‘Festival City’.

Queue Ian Harrower and Susan Morrison, who have launched Previously…Scotland’s History Festival, which kicks off today.

Branded under the idiom, ‘Previously’, it exemplifies that the festival aims to tell the story so far. History is fascinating because it is constantly happening, so the festival celebrates the rich, colourful and astonishing history of Scotland and its people, reflecting how they have shaped the modern world.

The Storytelling Centre is thrilled to be part of this new venture and presents two special events for children to get to grips with famous Edinburgh characters, as well as an exclusive evening of music and song in the atmospheric setting of John Knox House, plus an evening dedicated to one of Edinburgh’s best storytellers and historians, John Fee.

On Thursday 24 November, gather in the intimate venue of John Knox House for Inside History: John Knox and Mary, Queen of Scots. This event delves beneath the facts to explore the famous figures intimately, through poetry and music.

Poet, Henry Marsh, will present readings from his many writings on Knox and Mary, Queen of Scots:

“I remember standing on the remains of Fotheringhay Castle and suddenly being filled with great indignation – how dare they. Mary, Queen of Scots had been imprisoned in England for eighteen years before her execution in February 1587.

“At the age of 19, already the Dowager Queen of France, a Roman Catholic, she had returned to Scotland and stepped into the maelstrom of the Reformation. Her life was set on tragedy. After finishing a sequence of Mary poems, I was in St Giles and happened across the statue of John Knox. I was intrigued by the paradox – Knox had become a ‘graven image’ in the Kirk where he had preached so vehemently against idolatry.

“It has been a great joy, and a sort of privilege, to explore these extraordinary moments in Scottish history. When all is said and done, the protagonists were locked in a passionate debate about values that mirror, to some extent, the profound ideological conflicts of our own times.”

Simon Chadwick joins Henry to give insight into the personal side of Mary, as well as present beautiful music on a stunning replica harp, based on the Queens own and which forms the basis of his investigation into Gaelic harp traditions:

“The Queen Mary harp is such an iconic object from Renaissance Scotland, quite apart from its legendary connections with Mary Queen of Scots, and I am delighted to be performing with the decorated replica of the harp in the atmospheric setting of the John Knox House, and to be working with Henry’s very characterful poems.”

Then, on Saturday 26 November, we enjoy an evening dedicated to Edinburgh’s late, great storyteller and historian John Fee with Tales of Old Edinburgh at 7pm. John’s wry humour and satiric wit mingled with stories rooted in the lore of Edinburgh, especially the heart of the Old Town. Friends and acquaintances come together to present a celebration of tales from the fantastic repertoire John has left for all to enjoy, as well as personal memories and anecdotes. In attendance will be the fine raconteur rally of Noel Cochrane, Audrey Parks, Colin McKay, Claire McNicol, David Campbell, Jack Martin, Donald Smith and David Hicks of the Edinburgh World Heritage Trust.

Before these two historically hypnotising evenings we also showcase Lucky Jack Tales with Jack Martin and Michael Kerins. Using the famous Jack character, which originated in the UK and spread globally with a massive resurgence in the Appalachian region of America, Jack is the happy go lucky hero of folktales the world over.

Jack is a trickster-hero, not the admirable prince of fairy tales, but rather a quick witted and not always too scrupulous farm boy, who achieves success in only one of two ways: either by his wits, or by sheer luck! Jack Martin and Michael Kerins are the perfect duo to bring the adventurous fortunes of the Jack tales to life, with their humorous storytelling techniques. Make sure you join them for an evening of crazy tales, unlikely heroes, and fables ancient and modern.

How did Nellie the Elephant come to join the circus?!  Fairies and rainbows also feature in a lovely morning of classic stories for wee ones with Robbie Fotheringham.

Two great storytellers combine to tell the fantastic, humorous and down right crazy tales of unlikely heroes, ancient and modern.

Inside History: John Knox and Mary, Queen of Scots

A wonderful evening of poetry and music in the unique setting of John Knox House, featuring poet Henry Marsh and musician Simon Chadwick.

Join Senga Munro for stories, riddles and poetry revolving around the changing phases of the moon from here, there and everywhere!

For further information, images or to arrange interviews contact:

Previously…Scotland’s History Festival takes place from 17 November until St.Andrews night. Plugging the gap between the end of Edinburgh’s summer events and the start of the winter festivities, history fans from across the globe are invited to Edinburgh for an impressive choice of over 200 events and a celebration of Scotland’s colourful history. Organised by a community business and led by Festival Director, Susan Morrison and Festival Producer, Ian Harrower the team have brought together an impressive coalition of Scotland’s heritage, tourism, academic and local history communities. www.historyfest.co.uk