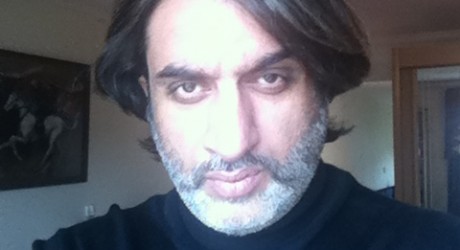 ENTREPRENEUR, restaurateur, property investor and developer, Tony Hussain, owner of Café India in Glasgow, Amani in Leith and managing director of Dundee-based SHK Property and Investments, has been nominated as Businessman of the Year at the Scottish Asian Business Awards.

Hussain opened his first restaurant at the age of 16 in Dundee and has proceeded to build a significant portfolio of bars and restaurants throughout Scotland over the last 20 years.

Commenting on his nomination, Hussain said: “I’m honoured to be nominated for such a prestigious award and would like to express my gratitude for this recognition of many years entrepreneurial activity in the hospitality and property sectors.

“I truly believe that the leadership shown by risk-taking entrepreneurs will show the way out of the current challenging economic environment and into a new period of prosperity – and that it is important to recognise such leadership through awards like SABA.”

The winner of the Scottish Asian Business Awards’ Businessman of the Year will be announced at a special ceremony on the 23rd November at The Thistle Hotel, Glasgow.

Each year, the competition has become more intense as the event itself has grown into a highly-respected outlet where the best and brightest are honoured.

The aim of the Scottish Asian Business Awards is to highlight the talent and achievements of Scottish Asian entrepreneurs who are pioneers in their respective industries.

They seek to capture the multicultural spirit of Scotland and, since their inception in 2006, have become highly regarded and instrumental in maintaining social and professional relationships between different cultures.