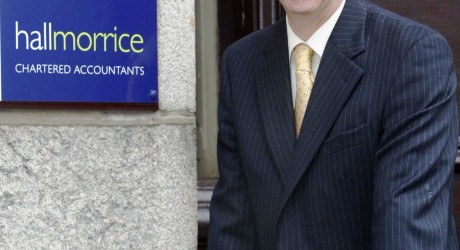 BEGINS a spokesperson: “UK and Swiss authorities have reached agreement on the treatment of UK citizen’s money which is held in ‘secret’ Swiss bank accounts.

“Although signed in October 2011, the agreement has yet to be ratified by both governments and it is anticipated that it will come into full force in 2013.

“The agreement seeks to strike a balance between the privacy of individuals, respect for Swiss banking secrecy and the ability for HMRC to collect tax revenues.

“It will see high, net worth individuals (HNWI) paying between 19 per cent and 34 per cent on the balances held at 31.12.10 to settle their past liabilities.”

The spokesperson continued: “Interestingly, the agreement allows for anonymity of the bank account holders as the Swiss government will collect the taxes and forward to HMRC without revealing individual identities.

“Alternatively, an account holder can make a voluntary disclosure to HMRC and then pay tax, interest and a penalty based on the income received.

“HMRC will also have the right to request information on up to 500 individual account holders annually. From June 2013, tax will be deducted from interest received at a 48 per cent rate.

“It is estimated that the initial tax raised will be in the region of £5billion.”

Stuart Watson, director of tax at Hall Morrice, explains the implications for those with undisclosed Swiss bank accounts.

He said: “The Swiss banking agreement is, on the face of it, good for those who wish to preserve anonymity, because the banks will make the tax withholding but not disclose names. However, from 01.06.13 the rate on income will be 48 per cent so it may be in the future that some account holders might be better making a voluntary declaration of income.

“One significant disadvantage of the Swiss agreement is that it will only apply to balances held at 31.12.10 and then subsequent deposits.

“This is not therefore a method of collecting tax on income arising on cash transferred out in earlier years. Account holders could still therefore be open to investigation by HMRC with the potential for penalties, particularly of course if they decide to come out into the open and make a named declaration for periods post 31.12.10.

“This is also where the existing Liechtenstein Disclosure Facility (LDF) has an advantage since, although the tax rate is fixed at 40 per cent of the income, the penalty is only ten per cent. In addition any settlement can only go back to 1999. Hence, any high net worth individual who has undeclared income in Switzerland for periods prior to 31.12.10 may still be better using the LDF.

“Those who want make a disclosure will have to check very carefully to avoid a tax withholding, as they will want to pay the correct amount directly.

“Anyone who has previously made a full declaration will also have to take action to avoid a further deduction. Those who still want to ‘keep quiet’ might want to consider moving their money somewhere else.

“However, they should note that Switzerland has agreed to provide the UK with details of transfers to other jurisdictions.

“The fact is that there are fewer and fewer hiding places for money these days and Switzerland does offer stability. The tax withholding might be the price to pay for continued anonymity.

“I think that the Swiss agreement will be welcomed by some HNWIs with previously undeclared Swiss accounts who will now want to come clean for prior years and then make declarations in the future to avoid the flat rate withholding.

“However, where a ‘back year’ declaration is needed the LDF may be a lower cost option than a subsequent HMRC investigation.”

Hall Morrice, founded in 1976, is one of the Scotland’s leading independent firms of chartered accountants and has offices in both Aberdeen and Fraserburgh.