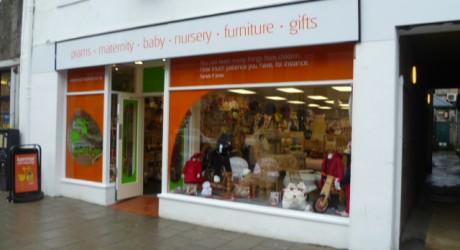 SHEPHERD Chartered Surveyors has secured a trio of retail deals in Perth in the run-up to the busy, festive trading period.

Rohan’s new 584 sq ft outlet is at 37 St John Street, at the southern end of the street between its junctions with South Street and St Johns Place. St Johns Street is a popular pedestrianised retailing location in the centre of Perth and the property is located directly opposite the main entrance to McEwens of Perth department store.

Acting on behalf of a private landlord, Shepherd secured a ten-year lease with an initial two month rent free period, a first year rental of £10,000 followed by four years at £17,500 with a tenant break at year five.

The Fussy Cow, meanwhile, can be found at the prominent location of 12 George Street, close to its junction with the prime retailing area of High Street.

Acting on behalf of landlord Blythswood, Shepherd secured a five year lease with six weeks rent free and a break at 18 months with a stepped rent from £10,000 up to £13,000 in year five for the 517 sq ft unit.

Kenmar’s new 882 sq ft outlet is at 61 South Street, a prominent location on the north side of South Street which is generally recognised as a good quality trading location occupied by a mix of national and local traders.

Acting on behalf of a private landlord, Shepherd secured a seven-year lease with an initial five months, rent-free period, with a first year rental of £14,400 rising to £16,500 per annum in year five.

Jonathan Reid, commercial partner in Shepherd’s Perth office, said: “These three deals introduce two new retailers into Perth city centre, whilst Kenmar have relocated from their existing premises. This boosts the retail offering to locals and is a welcome sign of a gradual return of occupier demand in the town.”