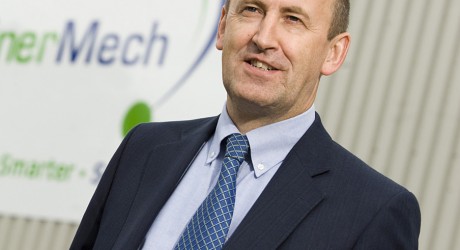 MECHANICAL engineering services company, EnerMech Ltd, will finish the year with a 100 per cent increase in sales, with 2011 turnover expected to top £103 million, compared to £49.5 million last year.

Says a spokesperson: “The Aberdeen-based company forecast for 2011 will deliver a £10 million profit (EBITDA*) and said turnover next year would increase to £142 million with profits expected to double to £20 million.

“The company also announced that Lloyds Banking Group has agreed to provide additional funding of £20 million, which will be used to support further investment in more equipment and facilities.”

EnerMech managing director, Doug Duguid, said: “We have invested over £60 million in facilities, equipment and five acquisitions since mid 2008 and that investment will deliver £10 million of EBITDA this year. This included acquiring and refurbishing our Aberdeen headquarters, and establishing an international footprint with 17 additional facilities across the Eastern Hemisphere, all of which is now beginning to deliver significant growth and profitability.”

Group results for the last two years show EnerMech accrued losses of over £13.7 million – of which £5.1 million was preference share interest and goodwill amortisation as well as a further £3 million of nonrecurring costs. Accounts filed today at Companies House reflect these numbers.

Mr Duguid added: “It means that the loss at EBITDA level for the past two years was £5.9 million which is entirely reasonable, given the accelerated rate of growth, other factors including deal and integration costs associated with five strategic acquisitions, and registering and establishing new companies in nine overseas territories, which accounted for costs of £3 million over the same period.

“Not surprisingly, for a business with some start-up business lines and rapid growth in overseas territories, it has taken time to become profitable, but it is encouraging to see that since early 2011 the business is now delivering sustainable profitability consistently in excess of £1 million EBITDA a month.

“We are pleased with the progress we have made in our first three years and our continued investment in the business, and the success of our strategy to provide integrated mechanical service solutions to our customers, has secured us a number of long term contracts across our 18 international bases. This has created over 580 new positions this year alone, 340 of them in the UK – we now have over 1000 staff globally and expect that to grow to at least 1,400 in the next year.”

The spokesperson continued: “The new agreement with Lloyds Banking Group extends the revolving credit facility of £20 million originally provided by Lloyds in April 2010 to £30 million, with an option to grow the facility to £40 million in line with the company’s profitability. If the full facility is utilised this would bring the debt provided by the bank to a total of £44 million.”

Mr Duguid continued: “We have had great support from Lloyds Banking Group over the first three years and the fact that we have achieved our profitability targets this year demonstrates the potential going forward and paved the way for this additional lending facility.

“In addition to the further capital, we now have available for new equipment and facilities, Lime Rock, are also prepared to invest further to enable us to continue growing and we are mulling over a number of potential acquisitions, both in the UK and elsewhere, which will take EnerMech to a whole new level.”

Andrew Robertson, relationship director at Lloyds Bank Corporate Markets in Aberdeen, commented: “We are delighted to have put in place this significant increase in banking facilities to support Doug and his team build on the success of this year. This is a fast-growing Scottish business with excellent opportunities, both at home and overseas.”

EnerMech Ltd was formed in April 2008.

The company specialises in the supply, maintenance and engineering of cranes, lifting, valves and hydraulic equipment, equipment rental and the provision of training and specialist personnel to the energy industry.

With the acquisition of Specialist Maintenance Services Ltd and A1 Safety Training Consultants Ltd, EnerMech is now a leading international provider of offshore crane and lifting operations, crane personnel and safety training. EnerMech also has a significant presence in Norway following the acquisition of Bjørge ASA’s crane division in October 2008.

In April 2009, EnerMech extended its presence in the Middle East with the acquisition of UAE free zone companies Pavitt Energy Limited and Scotia Oilfield Trading FZE which has since been integrated in to the EnerMech group. Investment totaling £5.1 million ($7.5M) has been made in equipment stock rental, improvements at our bases in Abu Dhabi and Doha, and plans have been drawn up to build a new £3 million facility in Jebil Ali, Dubai which will be ready in 2013.

EnerMech recently agreed an addition banking facility of £20m which added to the earlier £24 million funding package with Lloyds Banking Group and, together with private equity provided by Lime Rock Partners and shareholder finance, has in place substantial funding to support organic growth and further acquisitions.

In August 2010, EnerMech invested £4 million to acquire its 16 acre headquarter site in Aberdeen. A further £840,000 is being spent on refurbishments and the construction of new workshops, while another £2 million has been invested in setting up a new Valve Care division which will target the valve supply, testing, inspection and maintenance sector. In December 2010 EnerMech acquired Aberdeen Valve Supplies Ltd and its subsidiaries LG Ball Valves Ltd and Valve Paint Shop Ltd.

Issued on behalf of EnerMech Ltd by Sure Public Relations. For further information please contact Stephen Rafferty on +44(0)7980 598764 or email moreinfo@surepr.co.uk

MEDIA RELEASE posted by Sure PR. You too can post media releases (aka press releases) on allmediascotland.com. To find more, email here.