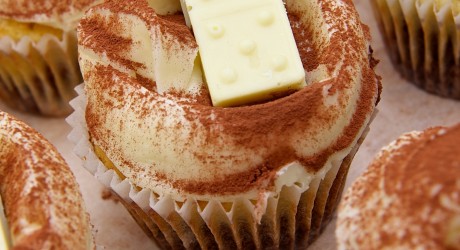 ON 14th February 2011, Cuckoo’s Bakery fired up its ovens and opened its doors for business.

Now, one year has passed and Cuckoo’s can proudly say that they have sold a staggering 50,000 cupcakes.

This delightful bakery has made a name for itself in Edinburgh as the ultimate choice for quirky and innovative cupcake treats, with flavours such as Eton Mess, sticky toffee pudding and seasonal themed delights.

They have been praised by the media and their cupcake creations are continuously coveted by customers. – So, it’s no wonder that Cuckoo’s have sent the cupcake-o-meter off the scale with 50,000 cupcakes sold in their first year.

These sales figures can be attributed to the absolute dedication from Graham and Vidya, the founders, and their team of bakers and waiters.

Graham and Vidya turned their baking dream into a successful reality and are thrilled with the reception from the public.

Vidya Sarjoo says: “It’s been a fantastic year – we’ve had so much fun creating some of the yummy delights such as the cranachan cupcake, Death by Chocolate, Elvis cupcakes and not forgetting our regular Friday cocktail cupcakes too”

“We’re thrilled by the response from our customers who are regulars, office and home delivery, first time visitors or those who have travelled from further afield especially to try one of our cupcakes!”