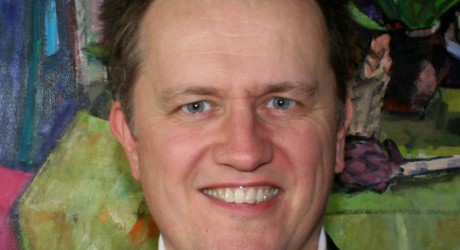 GLASGOW’S neighbourhoods continue to dominate the affordable end of the city rental market, according to the latest research from Scotland’s leading rental portal, Citylets.

Figures for Q4 2011 show that of the ten least expensive areas to rent in Scotland eight are in or around Glasgow with Govan and Ibrox being the cheapest area to rent, with an average monthly 2-bed rent at £432 a month – a fall of 0.9 per cent since Q4 2010.

Local areas in Aberdeen and Edinburgh predominate Scotland’s top ten list of most expensive rental areas. Only one Glasgow neighbourhood made it in to the top ten list, with the average rent for a two-bed flat in the Park and Woodlands area standing at £795, a rise of 3.7 per cent compared to the same time last year.

The rental figures were revealed after Citylets collated average rent levels in Scotland during the fourth quarter of 2011 as part of its quarterly data report, which is acknowledged as the most comprehensive research into the private rental sector.

Dan Cookson, senior analyst for the Citylets network which includes major partner brands such as Findaproperty, S1homes and Primelocation, admits that although the same areas tend to make the list, most neighbourhoods in cities across Scotland are seeing steady increase in rents.

He said: “It’s interesting to see that neighbourhoods in Glasgow remain some of the cheapest to rent in Scotland. This kind of result shows that despite the increased demand for private rental property it is still a very competitive market. However with Park and Woodlands amongst the top ten most expensive areas to rent it shows that tenants are still willing to pay good prices to rent in what is perceived as a desirable area.

“It is no surprise that Aberdeen and Edinburgh’s West End areas are continuing to top the list. There is always a clear demand for properties in these areas and tenants may not always consider price when choosing these types of places to rent.

“It is good to see that while urban rents have increased gradually over the year there are still areas that can offer value for the tenant in each city.  This is important as it is evident that the ‘generation rent’ trend continues with many people not being able to afford a deposit for their first step on to the property ladder.

“Affordability is clearly important to many people when choosing rents. However, it is not straightforward to say that people are purely price driven, many are driven by location and consider this as the deciding factor.

The ten most expensive areas in Scotland in terms of rent levels are:

The ten least expensive areas for monthly rents are:

www.citylets.co.uk was launched in 1999 and is Scotland’s most successful lettings portal. Its quarterly report is the country’s only detailed and independent barometer of the rental market, based on over 50,000 annual lettings from more than 300 agents. It is now a respected tool among investors, landlords and letting agencies.

The next Citylets quarterly data report, showing the rental figures for Scotland during the first quarter of 2012, will be published in April.