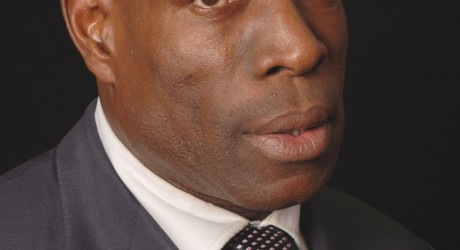 BOXING legend, Frank Bruno, promises to pull no punches when he answers questions about his amazing life in and out of the ring – at a charity dinner.

The former WBC world heavyweight champion is appearing at a sportsman’s dinner, at The Hilton Hotel, in Glasgow on Friday, March 9 to raise much-needed funds for Erskine – the charity that provides care for former and present-day servicemen and women.

Frank, who won 40 of his 45 professional fights with 38 knockouts, is joined by speakers Gordon Smith, the former Rangers player, one-time chief executive of the Scottish Football Association and until recently, director of football at Ibrox and, along with Celtic legend, Murdo MacLeod.

Tickets are still available for the prestigious event, which is sponsored by Braehead Shopping Centre and Frank, whose catchphrase was ‘know what I mean’, said: “I never pulled any punches when I was in the ring and I ain’t going to pull any punches at the sportsman’s dinner for Erskine when people start firing questions at me.

“As a professional boxer, I always relied on my seconds in the corner to help me out. The men and women of our Armed Forces who are at Erskine are showing real fighting spirit, but they too sometimes need the help of someone in their corner.

“The staff at Erskine do a fantastic job caring for them and all the good work going on there is heavily reliant on charitable donations.

“I’d urge anyone who can come along to the dinner to get their hands on the few tickets that are left, get in the corner of those brave men and women at Erskine and raise some money for a really worthy cause… know what I mean.”

Gordon Smith said: “They do a fantastic job at Erskine and I’m more than happy to volunteer my services to help out at the sportsman’s dinner.

“I should be a great night and I’m looking forward to hear what one of the country’s boxing greats, Frank Bruno has to say in the question and answer session.”

Chief executive at Erskine, Steve Conway, said: “We’re in for a fabulous night at the sportsman’s dinner. I’ve no doubt Frank’s question and answer session will be highly entertaining and I’m looking forward to hearing the stories from our two Old Firm legends, Gordon Smith and Murdo MacLeod.”

Anyone interested in attending the fundraising sportsman’s dinner for Erskine should contact Steven McManus, by email at steven.mcmanus@erskine.org.uk or by calling him on 0141 814 4567.

MEDIA RELEASE posted by Macdonald Media. You too can post your media releases (aka press releases) on to allmediascotland.com. For more information, email here.