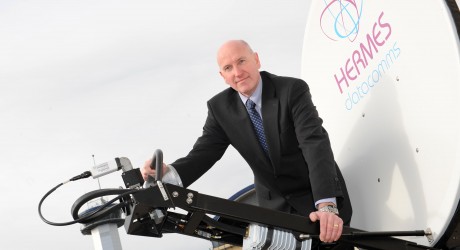 A LEADING global communications company which specialises in the oil and gas industry has announced its first appointment in Aberdeen.

Sam Murray has been appointed sales executive for Hermes Datacommunications Ltd which specialises in providing tailored Wide Area Communications to the upstream oil and gas industry worldwide including remote and challenging locations such as Algeria, Angola, Malaysia, Kazakhstan, Libya, the Middle East, Iraq, Russia and Turkmenistan.

Aberdeen-born Sam Murray has more than 30 years of experience in oil and gas telecommunications and is a former board and council member of Aberdeen & Grampian Chamber of Commerce.

He is also the chair of UNICEF in Aberdeen, a Burgess of the City and a past president of Junior Chamber Aberdeen.

In addition, Sam has been nominated as a torchbearer for the 2012 Olympic Games.

Commenting on his appointment, Sam Murray said: ”This is a great opportunity for me to use my experience and knowledge to offer our Aberdeen-based clients a world class telecommunications service.”