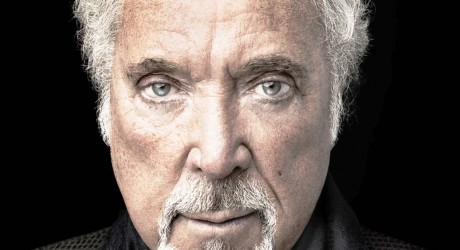 HAMILTON Park bosses have pulled off a stunning signing for their latest music concert booking – the global icon that is Sir Tom Jones.

Tom Jones, who has sold more than 100million records throughout his 46-year entertainment career and won just as many fans along the way, will grace the stage at the Scottish venue on Friday July 6.

Sir Tom Jones – full name Sir Thomas John Woodward OBE – achieved worldwide fame early in his career, topping the charts around the world with hits such as It’s Not Unusual and Green, Green Grass of Home, the latter selling more than a million on its own.

Tom has continued his chart success with his latest album, ‘Praise & Blame’, reaching Number 2 in the UK album chart and earning him the best reviews of his career, with both the recorded work and the performance of it in concert earning critical acclaim.

He is now set to release his follow-up album in May this year and is currently starring as a coach on new BBC flagship show, ‘The Voice UK’.

This signing is a huge feat for Hamilton Park and builds on the success the racecourse has had working with Liz Hobbs Group on two consecutive summers of major acts performing live at the venue, with JLS, The Wanted and Westlife helping generate capacity crowds at the Lanarkshire venue.

Another sell-out will be expected when Sir Tom performs live, with fans expected to travel from all over Scotland, the north of England and beyond to see the man known as ‘The Voice’ performing.

Hamilton Park chief executive, Vivien Kyles, said: “It’s not unusual for us to attract superstars of music yet still we are incredibly excited to welcome a global superstar of Tom Jones’ calibre to Hamilton Park in July. It is a real coup for us.

“We have earned a strong reputation for bringing big names to Scotland and working with Liz and her team again, we were all determined to attract the right act to Hamilton Park this year.

“Tom Jones certainly fits the bill and we can’t wait to see him on stage wowing another big crowd.

“With tickets going on sale tomorrow at 9.00am (Friday 23 March) we are expecting demand to be very high from the offset. Tom Jones is one of the most recognisable names in music with a huge fan-base so we really would encourage fans to act fast to avoid disappointment.”

Tickets for the concert start at just £45 and are available from tomorrow via: