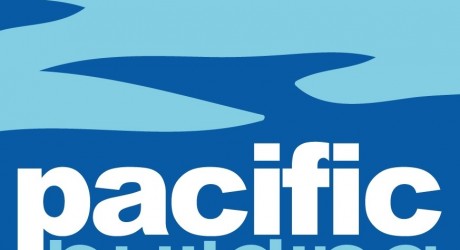 A SMALL Scots building firm are flying high after boosting their annual turnover by almost 30 per cent during the current challenging economic climate.

Pacific Building Ltd, who have earned an impressive reputation as a fast construction and fit-out company, saw takings in 2011 rise to £9.7million, up from £7.6million during the previous year.

And with a bulging order book for 2012, the firm, who employ 32 people and are based in Hillington, on the outskirts of Glasgow, are on track for a fifth successive year of growth.

They were selected by McDonald’s to introduce to Scotland the ‘Purely Simply’ design concept, which aims to create a more relaxed, upmarket image in 30,000 outlets across the world.

Pacific have now embarked on a programme of building and fit-outs this coming year for existing and new clients, including food and drinks giants, Mitchells & Butlers, Kentucky Fried Chicken and Bupa.

Profits for 2011 were up by the same percentage to £844,626, prompting managing director, Brian Gallacher, to state: “We are delighted to have performed so well during such a challenging period economically, especially for the construction sector.

“Our company have steadily increased turnover every year since our inception in 2005. And, since 2007, it has almost quadrupled.

“The latest figure for 2011 would have been a remarkable achievement at the best of times but, given that it has been achieved during a worldwide economic downturn and in the middle of a massive squeeze on the construction sector in the UK, it is, in my opinion, outstanding.

“We have a team of the utmost professionals, who are used to meeting challenges head-on and solving them in innovative ways that satisfy our clients and protect their businesses from unnecessary disruption.

“We have enjoyed continued growth, in part through our associations with global brands who continue to develop their business.

“By continually meeting and exceeding their expectations, we are rewarded with greater volumes of work. Our growth has continued to exceed our budgeted plans and is a credit to the efforts of the team here.”

Pacific now have enviable and growing reputation as a company who are able to deliver complex refurbishments in “live” public areas such as airports, hotels, restaurants, pubs and offices – right across the UK – on time and within budget.

Fit-out and building projects for McDonald’s alone have been worth £7.5million, including the burger giants’ European headquarters in Edgware Road, London, which are housed in an A-listed building.

Pacific’s relationship with BAA is enhanced by the fact that many of their team hold ‘airside passes’, which means they have the experience and requisite clearance to work in airports – in airside, landside and aircraft manoeuvring areas. Furthermore, they have an office adjacent to the perimeter at Glasgow Airport.

A spokesperson for industry body, Construction Scotland, said: “The impressive annual turnover figures reported by Pacific Building are a welcomed indication that Scottish construction companies can and are thriving, despite the current challenging economic climate.

“With dedication and hard work, the company has continued to secure new business and is an inspiring example for the sector. By sharing such success stories, we can develop new ideas which will build an even brighter future for the industry.”