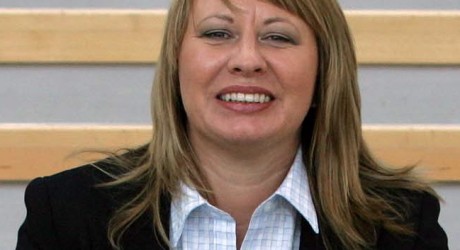 AMANDA Boyle has been appointed to the board of the Entrepreneurial Exchange, one of Scotland’s leading organisations for entrepreneurs.

The appointment comes as Boyle and her crowdfunding business are also announced as co-founders of the European Crowdfunding Association.

Says Boyle: ”The Exchange has been part of my business life for more years than I’d like to admit and, more personally, I’ve made some genuine and loyal friends as a result.

“Practically, Exchange members have provided a sounding board to some of my best decisions and my worst moments in business; the sort of situations family and friends simply don’t get.

“I can genuinely say I would not have achieved as much as I have, nor even had the ambition that I have, without the support, encouragement and mentoring of Exchange members.”

Boyle promises fresh thinking, challenging conventions and results in her new role, all attributes she will also bring to the ECA (European Crowdfunding Association).

The ECA, a not-for-profit industry body, comprises leading platforms, funds and individuals active in the crowdfunding space in Europe.

Alongside equity players such as Seedrs, the only UK equity crowdfunding platform to be recognised by the FSA, Bloom will play a part in providing a unified voice to promote crowdfunding as a source of capital to support the development and growth of businesses, social enterprises and other projects.

Amanda Boyle, CEO and founder of Bloom and Jeff Lynn, CEO and co-founder of Seedrs (an equity crowdfunding platform soft-launched last month), are co-founders of the association, and both see the benefits for individuals raising money and for those donating it.

Jeff says: “The main benefit is to help both investors and entrepreneurs understand how it works, which platforms are operating legally and which are not, and how best to use crowdfunding to allocate or raise capital.”

Amanda says Bloom is immensely proud to be a part of the ECA at such a formative stage. “It’s hugely important to us that crowdfunding gets the support and recognition it needs to become an accepted alternative source of finance, and we’re delighted to be working with such an experienced and passionate group of people to make this happen.”