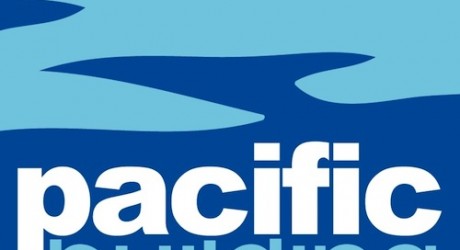 A MAJOR refurbishment of a disused pub has completely transformed it from an eyesore that was blighting part of Scotland’s premier shopping thoroughfare into a fast-food restaurant boasting designer flair.

The overhaul of the former Burns Bothy on South St Andrew Street, Edinburgh, just off world-famous Princes Street, involved a near-total strip-out and reinvention of the premises as KFC’s flagship outlet in the city at a cost of £250,000.

The project was carried out by Pacific Building, who managed to deliver the completed works in just seven weeks and on budget, despite having to cope with numerous logistical obstacles.

Said a spokesperson: “Aside from Edinburgh’s ongoing tram works, the site of the city’s fifth KFC was extremely tight and in a busy location, all of which posed problems to Pacific, who have an enviable reputation as a company who can deliver complex projects in ‘live’ public areas to tight deadlines and with minimal disruption to neighbouring trade.

“Pacific, who employ 32 people at their head office in Hillington, on the outskirts of Glasgow, also had to roll out KFC’s UK Framework design concept, under which high-end fixtures, fittings and mood lighting are utilised in a way that may not normally be associated with fast-food outlets.

“This presents a more upmarket image for customers and, KFC believe, allows them to compete better with the plethora of other food and drink retailers on the high street.

“The contract was the last and most important one of four – with a total value of £430,000 – that KFC entrusted to Pacific, who recently announced a 30 per cent increase in annual turnover to £9.7million, and who are well on their way to a fifth successive year of growth.”

The other three restaurants upgraded, at a cost of £60,000 each, are in the Irish Republic – in Athlone, Kilkenny and Cork.

Pacific managing director, Brian Gallacher. said: “South St Andrew Street was a tough challenge but, as with our other contracts, we came through with flying colours – on time, on budget and with minimal disruption to nearby trade.

“Originally, the building was in a dreadful state. The fit-out we carried out was as close as you can get to a rebuild without it actually being one.

“Now, it looks absolutely superb. The result is striking because of the ‘designer’ feel to the restaurant and because of the extremely high quality of the fittings. I am proud of our achievement, not least because the general location, close as it is to the iconic Princes Street, has been improved as a result of our endeavours.”

Pacific are continuing to work their way through a bulging order book of contracts with big-name clients for 2012 that will add to the successes they enjoyed in 2011 through a raft of major projects for McDonald’s, Greggs, Gleneagles Hotel, BAA and Bupa.