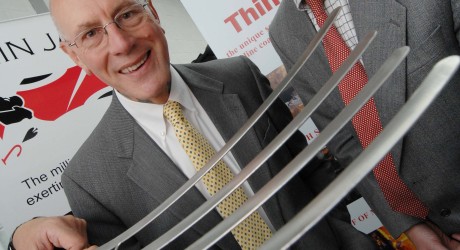 For the company’s financial year to March 31st 2012, turnover was up to nearly £600,000 – an increase of more than 30 per cent on the previous year thanks to a steady flow of work in the North Sea and Gulf of Mexico and the company’s first ever contracts in Malaysia and Egypt.

Says a spokesperson: “Key to the successful year was the introduction of ThinJack’s emergency response service which deploys specialist equipment and highly-trained experts anywhere in the world at short notice to separate wellhead flanges which are seized and causing costly delays during well workovers.”

“We are delighted to be working in an increasing number of locations across the world and we anticipate that our Australian office will experience an upturn in business during the coming year.

“Once clients see how efficiently ThinJack solves these issues we are asked to review the status of other wellhead flanges to identify any likely problems before operations commence.

“We can significantly mitigate the risk of costly delays occurring due to these problems.”

Charity work remained high on the agenda for ThinJack too, with the company donating $3,000 towards developing a charity school in Luanda, Angola, as well as spearheading an ongoing campaign to rally continuing support for the project among businesses in the North-east of Scotland.

Adds the spokesperson: “The ThinJack service is primarily used for the rigless separation of seized or stuck well flanges.

“Using patented millimetric-thin steel envelopes which can be inflated with up to 2,500 bar of hydraulic pressure to exert hundreds of tonnes of force, the ThinJack service is an unique, safe and fast solution for separating and jacking in hazardous, difficult or restricted areas.”

ThinJack is headed by Guy Bromby and Alastair MacDonald and is based at Westhill, Aberdeenshire.

The company currently employs six people at Westhill, one in Australia and additional trained field technicians at overseas bases at Al Khobar in Saudi Arabia, Houston in Texas and Luling in Louisiana, USA.