Media Release: Scottish Six Days Trial – no other event like it 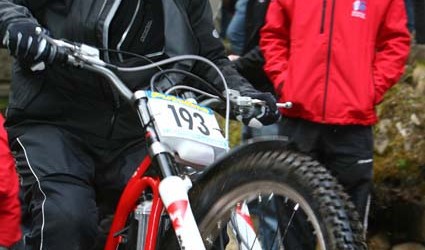 A CITY Banker, an ex world champion and a rider from Oz tell us why.

The Scottish Six Days Trial (SSDT) is special in so many ways, and one such part of the event that makes it unique is the diversity of the competitors who take part each year.

Indeed, the SSDT is famous for being that one trial of the year that enables amateur riders from around the globe to compete alongside, and to complete the same challenging course, as their professional heroes.

276 riders (male and female) of all ages and backgrounds are competing in the 2012 Scottish Six Days Trial this week, and together represent more than 20 nations.

Fifty years separate the oldest and youngest competitors – Austria’s Walthur Luft, 67 (number 98) and Great Britain’s Josh Atkinson, 17 (number 152) – and some riders have even travelled from as far afield as Australia to take part in the Scottish Highlands’ century-old trial.

This year has also seen the welcome return of 50-year-old Giles Burgat (number 193) from France. Burgat won the SSDT back in 1981, and then went on to win both the French and World Championship in that same year. It is more than 20 years since Burgat last rode in the SSDT.

Speaking during the trial earlier this week, he said: “I have always wanted to come back here. I almost came last year for the centenary, but I was unable to take the time off work.

“So, I decided to practise a little more and to enter this year instead.

“The event is quite the same as it was 20 years ago, although I’m older now so it seems harder. It’s different as now I am able to enjoy the views and the people more, instead of just looking at my front wheel as I did before. My objective this time is to just finish and enjoy it.”

At the other end of the spectrum is 37 year-old James Connor (number 71), a London investment banker who is riding in the SSDT for the first time this year. James’ younger brother, Sam Connor (number 70) is an SSDT regular and won the event back in 2005.

“I run my own finance company in London, so this is a completely different environment from what I’m used to Monday to Friday,” said James.

“It’s an amazing event, I’m really happy to be here. Right now I’m not thinking any further than the next section, I learned very quickly that’s all you can do at this event – hope you get round. But I’m really enjoying it, I’m making lots of friends and there is a lot of comradeship among the riders which is really nice.”

The SSDT also has a very special place in the heart of 49 year-old Steve Lloyd-Cox (number 119).

Steve is originally from the Midlands, but emigrated with his family to Australia ten years ago. Steve had ridden in the SSDT twice before leaving the UK, in 1991 and 1998, and made it his ambition to return to compete alongside his son, Sam Lloyd-Cox (number 118).

Father and son rode in 2010, but were unfortunately unable to finish the event, and so they are both back again this year.

Steve and Sam’s travel and entry expenses totaled over £12,000 this year, which highlights just how much this event means to them.

“Nothing else in the world compares to it, where you can get on your bikes, see all this beautiful scenery, and ride for miles across the moors and tracks.

“We did, but we didn’t finish, so I said we’d definitely come back again, and here we are. We’re loving it and the bikes are doing really well.”

The SSDT is organised by the Edinburgh & District Motor Club. EventScotland is continuing to support the event this year as part of its national funding programme.

There are 276 competitors taking part in this year’s event between 7th and 12th May. The SSDT is free for spectators to watch on all days.

The official event programme, containing routes and spectating opportunities along with a range of interesting articles and additional information, is available to purchase in and around Fort William.