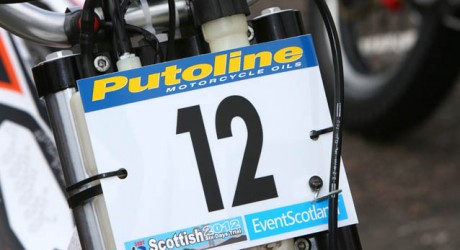 PLANS afoot for another exciting event in 2013. 2012 saw the world-famous Scottish Six Days Trial (SSDT) kick off its second century in exciting style.

Followers of this year’s record-breaking ‘Scottish’ witnessed the closest ever finish in the event’s history with former world champion and multiple SSDT winner, Dougie Lampkin (Gas Gas), clinching victory on the final day by the narrowest of margins.

Whilst this year’s celebrations have hardly subsided, the Edinburgh and District Motor Club, which organises the SSDT, is already looking forward to 2013 when they hope to deliver yet another thrilling event.

Said a spokesperson: “The weather was typically Scottish and unpredictable during this year’s event, with riders facing wind, rain, even snow, and only occasional sunshine.

“Despite this, the competition remained incredibly close over the six days.

“At least three riders were in with a shot of winning on the final day, and Dougie Lampkin and James Dabill (Beta) eventually finished the event tied on 15 marks apiece, which spurred an exhaustive tie-break process.

“Amazingly, the week’s scores revealed that Lampkin and Dabill shared the same number of cleans, ones, twos, threes and fives.

“So, officials looked to the rider who had travelled the furthest before dropping a mark and this was Dougie Lampkin, who had remained clean for the first two days of the trial.

“Dougie has now won the SSDT six times – the most ever won by one rider – which makes him the most successful SSDT winner of all time.”

Reflecting on this year’s SSDT, Mairi Jenkins, secretary for the Scottish Six Days Trial, stated: “The club was delighted to see many months of hard work and preparation behind the scenes pay off with a hugely successful SSDT and a fantastic start to the event’s second century.

“The finish could not have been closer either. We would like to thank everyone who assisted with this year’s event for their role in making it yet another year to remember.”

EventScotland continued its support of the SSDT this year as part of its national funding programme. This funding enabled the organisers to deliver an enhanced experience for competitors and fans alike, including a new evening entertainment hub programme with various events being held in the SSDT Hub throughout the week.

Paul Bush OBE, chief operating officer for EventScotland, commented: “EventScotland is delighted to have once again supported the Scottish Six Days Trial, and I hope visitors throughout the week enjoyed the innovations and additions to the programme for 2012.

“Scotland is the perfect stage for events, and in the SSDT we have an event that continues to go from strength to strength, attracting spectators from both the local community and further afield, while delivering a strong economic impact for the area.”

Planning is already underway for the 2013 edition of the SSDT, which will take place in Fort William and the surrounding Lochaber region of the Scottish Highlands on Monday 6th to Saturday 11th May.

The entry process for next year’s event will begin in late September.

High resolution, copyright-free images for media / editorial use are available on request.