Media Release: Get set to rock n roll this summer at Eden Court 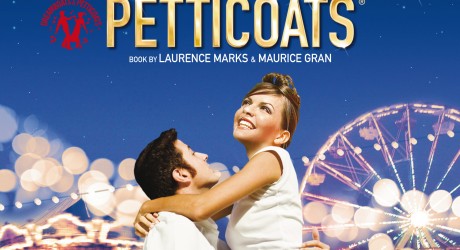 DUE to its phenomenal West End success, DREAMBOATS AND PETTICOATS, the smash hit musical inspired by the million-plus selling albums, will continue its national tour throughout 2011.

The dazzling success of the first four albums in the ‘Dreamboats and Petticoats’ series sent the message loud and clear.

With over two million copies sold and several weeks at the Number One spot in the compilation charts, the Great British public were saying that they didn’t just want to listen to pure nostalgia: they’d love to see it as well.

Thus ‘Dreamboats’ was born as a musical, and so was an evening of pure hedonistic affection for a more innocent era, when love was young and so was rock ‘n’ roll.

The original tour premiered in February 2009 at the Churchill Theatre in Bromley to rave critical reviews and widespread audience acclaim.

Having sold out its return there in November 2009, the national tour has been extended throughout 2012.

Written by Laurence Marks and Maurice Gran –  the team behind Goodnight Sweetheart, Birds of a Feather, The New Statesmen and Shine On Harvey Moon - this spectacular feel-good production will give you ‘the greatest time of your life’, taking you back to a time when each passing week brought another classic track.

Featuring songs from Roy Orbison, The Shadows, Eddie Cochran, Billy Fury, Chuck Berry and many more, including Let’s Dance, To Know Him Is To Love Him, Shaking All Over, Bobby’s Girl, Little Town Flirt, Only Sixteen, Sleepwalk, Runaround Sue, Happy Birthday Sweet 16, What A Wonderful World, Let’s Twist Again, Let It Be Me and many more hits from music’s golden era!