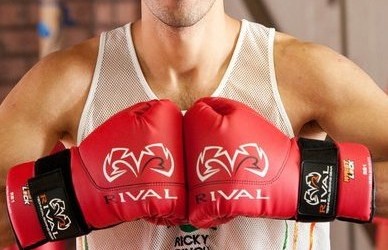 A HIGHLY-rated boxer is urging Scotland’s top business men and women to shape up and fight their way through the double dip recession.

Ricky Singh, 25, started his elite personal training business after a serious hand injury knocked out his hopes of representing Scotland at the Glasgow 2014 Commonwealth Games.

Now, he admits helping clients change their lives gives him just as big a buzz as beating opponents in the ring and believes his input can help businesses grow.

“Over the last year I’ve been working with CEOs and managing directors who’re tired and sore. These are people who get caught up chasing money and servicing clients. They’re like yo-yos up and down all the time, always believing eventually they’ll get round to looking after themselves.

“But they never do and as well as their personal health, their business suffers. I re-energise them and they feel able to give their business more. I give clients the full package and tailor the sessions so they get maximum results in as short a time as possible.

“I don’t think anyone gets very far just being shouted at so my motto is to ‘motivate, education and inspire’. I’ve had several clients tell me I’ve changed their lives and that, for me is what it’s all about.”

Ricky, from Irvine, started boxing at the age of 11 and says he applies the same discipline and mental toughness the sport gave him to his new business career.

It quickly paid off – he was named Young Achiever of the Year at the Scottish Asian Business Awards last Christmas.

“Winning the award was a massive boost and made me realise I could be a success in business. To be honest, I had slumped into a bit of a depression after my injury. But I stuck in at university and completed my honours degree in Health and Exercise Sciences and decided to give the personal training a shot.”

Since Ricky has worked with more than 300 clients starting from his base in Kilmarnock, then expanding across Ayrshire with many raving about the results and providing glowing testimonials for his website.

And while he admits he hasn’t entirely given up on appearing in the ring at the 2014 games, Singh is now busy extending his business into Glasgow where he hopes to attract celebrities and bigger business names.

“I’m a huge admirer of a guy called Matt Roberts. He’s the trainer the celebrities go to. He’s worked with Michelle Mone, The Saturdays and Amanda Holden. I want to take what he’s done in London and bring a bit of it to Glasgow.”

Singh leases space at Hillhead Sports Club in the West End of the city and hopes the location will prove attractive to his potential new clients.

“Imagine the difference to the Scottish economy if every business owner was able to give five per cent more. More time, more energy, it would all make a difference to the bottom line and the whole country would benefit.

“Recently. I’ve been working with one CEO who had high blood pressure and couldn’t run 25 metres when he came to me.

“That’s after just 12 sessions and it’s possible because I use specific indicators to determine how each individual will respond to the training.

“I use a training programme called ‘Fast/Slow” which was developed by celebrity personal trainer, Joe Fournier. I got to work with him after winning the business award last year and he helped me build it into the way I train my clients. It’s all about working with the clients at their natural pace.

“Elite businessmen and women get bored easily. I don’t want them coming to see me and thinking ‘not this again!’. So I always make sure I mix it up and keep them on their toes. I know that’s the way they like it.”