Media Release: Awards at the double for French Duncan 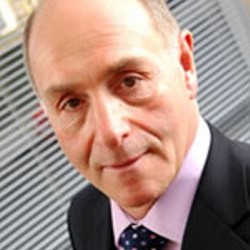 LEADING mid-tier accountancy firm, French Duncan, has won two accolades at this year’s Scottish Accountancy Awards – Accountant of the Year for its chair, Robert Kerr, and Advisory Team of the Year.

The awards recognise the tremendous progress made by French Duncan over the last year towards its aspiration to be acknowledged as Scotland’s premier independent accountancy practice.

On winning the Accountant of the Year award, Robert Kerr, chair of French Duncan, said: “Whilst it is a tremendous honour to be acknowledged with this coveted award, I would emphasise that the achievements of my career to date could not have been realised without the help of my fellow partners.

“At its heart, accountancy is all about partnership – and that should never be forgotten.

“This award recognises the growth of French Duncan into the premier independent accountancy practice in Scotland – a status that has been secured through the collective effort of all partners and staff, past and present.

“I consider myself very fortunate to be receiving it on their behalf and, again on their behalf, wish to express our gratitude to our clients who support us by continuing to entrust their business to us.”

Says a spokesperson: “Robert Kerr was appointed chair of French Duncan in May 2011 after overseeing 13 years of growth as managing partner; a successful tenure that, under his guidance, saw the firm’s turnover more than treble to £8.5 million and office network expand from two to six as he spearheaded an ambitious and aggressive growth strategy comprising a series of mergers and acquisitions, key appointments and promotions and significant development of its offering to transform French Duncan into one of the most respected firms in central Scotland offering clients a comprehensive one-stop financial service and a range of innovative solutions.”

On winning the Advisory Team of the Year award, managing partner, Graeme Finnie, said: “This esteemed award recognised that, despite French Duncan Corporate Advisory (FDCA) having spent more than half of its existence plying its trade in the depths of an economic storm, our team continues to go from strength to strength and has just enjoyed a record year for revenues and transactions, having added more than 50 per cent to its previous year’s turnover.

“Never having downsized during the current economic crisis, FDCA has kept faith with the core idea of providing corporate finance and advisory services to Scottish entrepreneurs, companies and financial institutions.”

Now in its fifth year, this year the Scottish Accountancy Awards seek to acknowledge the vital role played by the profession in supporting both the private and public sector through tough economic times.

The Scottish Accountancy Awards were judged by an independent panel of experts, chaired by ICAS council member and Scottish Exhibition and Conference Centre chief executive John Sharkey. Research for the awards was carried out by the Business School at Edinburgh Napier University.