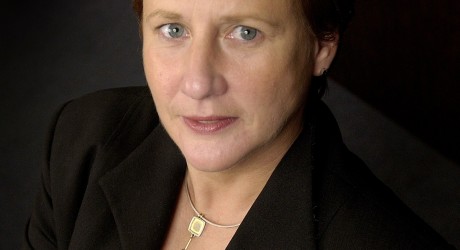 THE new chair of MG ALBA, Maggie Cunningham, has started her role with the body responsible for Gaelic programming in Scotland.

Appointed for a four-year term by Ofcom, Maggie succeeds Alasdair Morrison who served as chair of MG ALBA since July 2008.

The new chair currently works as an executive and leadership coach with Perform2Succeed and previously enjoyed a distinguished career in the broadcasting industry.

Maggie also carried out a number of other roles with BBC Scotland since 1979 including as secretary supporting the Broadcasting Council for Scotland.

A fluent Gaelic speaker, Maggie is also a director of Sabhal Mòr Ostaig college on the Isle of Skye as well as a member of court of the University of the West of Scotland, a trustee of the charity Columba1400 and a founding board member of Sistema Scotland, the charity responsible for the ‘Big Noise Raploch’ programme.

Maggie said: “I am delighted to be to be starting work today as the new chair of MG ALBA.

“Gaelic broadcasting has made huge strides since BBC ALBA was established in 2008 and I am thrilled to have the opportunity to play my part in the future of Gaelic media over the next four years.

“The outlook is very bright for MG ALBA despite the challenges facing everyone in broadcasting and with the correct strategy in place and wonderful talent at our disposal, I expect us to go from strength to strength in future years.

“MG ALBA under the chairing of Alasdair Morrison has made terrific progress in a number of areas including the launch of BBC ALBA and the continuing development of our annual FilmG competition and I pay tribute to Alasdair for all he has contributed over the past four years.”