Media Release: French Duncan advises housing associations to home in on their tenants 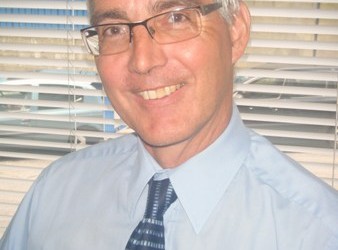 LEADING mid-tier accountancy firm, French Duncan, has advised housing associations that –  as the risk of reduced rental income will be significant following the introduction of the direct payment system from October 2013 as part of the Government’s welfare reforms – they should start homing in on their tenants’ ability to manage their own financial affairs, as a matter of priority

Says a spokesperson: “The alternative is the very real prospect of direct payments leading to major problems for Housing Associations confronted by wide scale late or non-payment of rents.

“From October 2013, working-age tenants will personally receive the housing element of the new Universal Credit from the Department for Work and Pensions.

“Whereas Housing Benefit is currently paid from central government to local authorities which then pay it to housing associations in respect of individual tenants’ rents, the introduction of this direct payment system will mean that, instead of receiving their Housing Benefit fortnightly, tenants will receive their payments monthly, from which they will be expected to pay to their Housing Association what rent they are due.”

Jeremy Kemp, director of Audit at French Duncan Chartered Accountants, said that whilst the concept of individual responsibility might be appealing in theory, the fact that housing associations and local authorities are dealing with income earners that are typically the least capable of dealing with financial matters themselves, has led many operators within the social housing sector to speculate that the expectation of financial responsibility put on the shoulders of such tenants might well prove to be higher than realistic in practice.

“Some housing associations have already expressed grave reservations that many cash-strapped families might not be overly inclined to prioritise the payment of their monthly rents, with the resulting potential of considerable financial difficulties ensuing,” he said.

“That’s why direct payment is an issue which housing associations need to start preparing for well in advance of October 2013. The starting point is to gather detailed information about their tenants with a view to identifying the level of risk of rental payments falling into arrears in order to be able to manage the reduction of that risk.”

Kemp added that, although such preparations might well constitute an administrative burden, they are likely to prove to be well worth the effort, given that the process of evicting bad payers from social housing accommodation is notoriously complex and often protracted.

“Seeking to prevent non-payment problems from arising in advance by identifying where the likely risks reside and targeting resources towards addressing these risks is by far the preferable option,” he said.