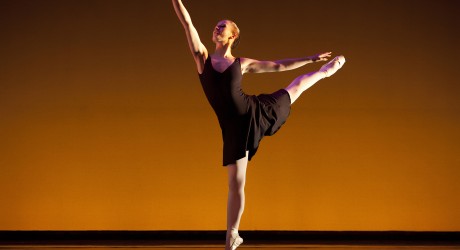 Working with partners from the national companies, alumni and professionals from across the globe, the Royal Conservatoire of Scotland has created a stunning new season programme that includes world premieres, tours around Scotland, landmark celebrations and site specific performances.

Professor John Wallace CBE, said: “Our performances are special. A performance from our conservatoire students is so different it really has to be experienced to be believed. They will exceed your expectations and move you in unexpected ways. Enhance your life – come and experience one of our performances!”

Highlights include our eighth annual collaboration with Scottish Opera marking Britten’s Centenary with a production of A Midsummer Night’s Dream performed by student opera singers and accompanied by The Orchestra of Scottish Opera, touring to Glasgow, Edinburgh and Inverness.

Prior to that, the opera season is launched with The Opera Project’s production of Monteverdi’s Coronation of Poppea in the intimate surroundings of the Conservatoire’s AGOS Studio, with the end of season production being Ottoa Nicola’s witty, colourful version of Shakespeare’s Merry Wives of Windsor – Die Lustigen Weibern von WIndsor.

The ever-popular series Ian Smith of Stornoway Opera Scenes continues throughout the year.

Under the baton of Francesco Corti, The Royal Conservatoire of Scotland and the Orchestra of Scottish Opera join forces to celebrate the 200th anniversaries of two giants of opera – Richard Wagner and Guiseppe Verdi, in a gala performance by some of our most illustrious vocal talent.

The Brodsky Quartet celebrates 40 years together with Wheel of 4Tunes inviting audience members to spin a wheel with the titles of the great string quartets from the ages.

Where will the wheel stop? No one knows, but one this is for sure, the Brodsky Quartet will play the winning pieces with gusto.

We are also delighted to present a number of world premieres and new works during Plug, our annual celebration of new music.

First performances are also included in our live arts festival Into the New at the beginning of 2013 and in On the Verge in June 2013 with our emerging artists from the School of Drama.

The festival theme continues with The Big Guitar Weekend in November and the Piano Festival in March 2013.

The Conservatoire’s annual residency at Shakespeare’s Globe sees a performance of selected Shakespearian scenes in February 2013.

In November, there’s a chance to see our final year Acting students in a double bill of classic comedies written by two masters if the form.

Moliere’s painfully funny, Tartuffe, and Oscar Wilde’s trivial play for serious people, The Importance of Being Earnest.  And Alan Menken and Howard Ashman’s dark comedy with a musical score to die for, The Little Shop of Horrors, is the full-scale musical theatre performance in December 2012.

The Symphony Orchestra makes its first appearance in November with conductor Christopher Adey.  This is followed by a performance in March with conductor Garry Walker and in May with Christian Kluxen, assistant conductor of the Royal Scottish National Orchestra.

The ever popular Mondays and Fridays at One concerts continue with performances from our exceptionally talented students and world renowned artists, including prolific pianist, Olli Mustonen, joining Royal Conservatoire International Fellows the Brodsky Quartet, guitarist, Pavel Steidl, and violinist, Ilya Gringolts, in the line-up.

Jazz lovers can continue to enjoy The Blue Mondays with Tommy Smith’s students plus special guests, and Phil Cunningham leads the Scottish traditional music students on a series of concerts to get your feet tapping.

There’s fun for all the family with the Conservatoire’s festive fare.

This year’s panto is Beauty and the Beast, by the crack team of writer Alan McHugh and directed by Alasdair Hawthorn.

For a feast of glitz and glamour, get into the spirit of things with Swingin’ into Christmas with the stars of musical theatre and jazz courses.

St Mary’s Cathedral, Glasgow, and Dunkeld Cathedral are the setting for A Baroque Christmas featuring an ensemble of singers and early music instrumentalists.

And the Junior Conservatoire and Short courses continue their innovative education work with and for people of all ages and abilities with a packed concert programme for musicians and weekend and summer schools for budding theatre professionals.

MEDIA RELEASE posted by the RSAMD/Royal Conservatoire of Scotland. You too can post media releases (aka press releases) on allmediascotland.com. For more information, email here.