Media Release: Smiles all round for Scottish Home Show 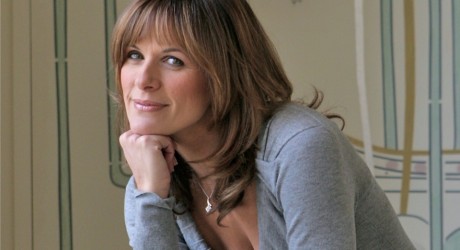 AN annual North-east home exhibition has secured a well-known Scottish television personality to open the inaugural event as there continues to be growing demand for exhibiting space.

The Scottish Home Show has announced that Carol Smillie will launch the first ever show this September, which is being held at the Aberdeen Exhibition and Conference Centre on 1-2 September.

The show, in association with Thistle Windows and Conservatories, is the first major home exhibition to be held in the North-east in recent years aimed at highlighting the very best in innovative home designs and home improvements.

Carol Smillie is most well-known for presenting the BBC’s award-winning show, Changing Rooms, a flagship DIY programme that arguably changed the face of British home improvement television. In recent years, she has also published a book and appeared on BBC’s Strictly Come Dancing.

The Scottish Home Show has enjoyed unprecedented success so far with high demand for exhibiting space forcing organisers to move the exhibition to the larger arena within the AECC.

Exhibitors include many well-known high street and local businesses planning to showcase the best they have to offer – including John Lewis, Marks and Spencer, Bentley Motors, Stewart Milne, Laings DirectLine Bathrooms & Kitchens and Drumrossie Homes.

The Nick Nairn Cook School has also been confirmed for the event and will be running demonstrations throughout the weekend with Nick Nairn’s executive chef, Colin Halliday.

“The interest we have received from local and high street businesses has been overwhelming, it is great to have such a wide representation of businesses keen to exhibit at the event which is set to be a sell out.”

The Scottish Home Show, in association with Thistle Windows and Conservatories, is being supported by a range of North-east firms with Stewart Milne Homes as gold sponsor, Laings DirectLine Bathrooms & Kitchens and Drumrossie Homes as silver sponsors and Dandara as media sponsor and joint TV sponsor with Grampian Continental.

Tickets for the Scottish Home Show are on sale now on Ticketmaster for £6 and can also be purchased at the door for £9 throughout the weekend of the show.

To find out more about the Scottish Home Show 2012 at www.scottishhomeshow.com

Issued by Frasermedia Ltd on behalf of Scottish Home Show 2012.