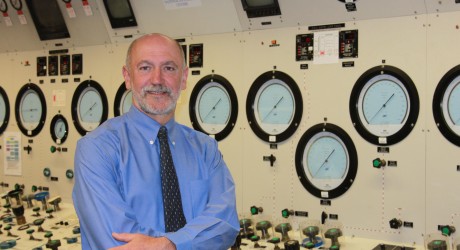 The Aberdeen-based National Hyperbaric Centre (NHC), which offers a range of oil and gas industry support and specialised training services has secured a two-year contract focussing of submarine rescue.

The NHC, which has been operating in the North-east for more than 20 years and has a vast knowledge and experience in pressurisation, will assess military submarine personnel and equipment against best industry practice.

Plans are underway to develop a submarine rescue system, which would allow 30 crew at a time to be rescued from stricken submarines and transferred to a pressurised chamber.

The NHC will audit the current training received by pilots, technicians and life support teams working on rescue services in comparison with commercial industry standards.

Experts from the NHC will work at the submarine base at Faslane and on location worldwide for trials and rescue exercises.

Managing director of the NHC, David Smith, said: “This is a prestigious contract for us to secure, which focuses on the core services of the centre and utilises the NHC’s vast skills and knowledge.

“Our team of consultants has a high skills base and broad expertise in the industry, which will ensure that all parties involved in this life-saving project will be trained and prepared to deal with pressurisation issues in any future naval incidents involving a submarine.”

The NHC is a privately-owned company, which boasts a team of experts with a wealth of knowledge in the oil and gas industry.

“The firm offers a range of oil and gas industry support and specialised training services to clients in the UK and across the globe.

In addition to providing global subsea expert support and training, the NHC, which was launched in 1987, also boasts hyperbaric pressure test chambers rated to an operational depth of 8,000 metres, a work chamber (rated to 1,000 metres), saturation system (rated to 300 metres) and an outdoor water test tank.

Issued by Frasermedia Ltd on behalf of the National Hyperbaric Centre.