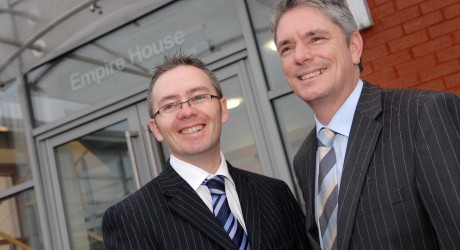 A SCOTTISH human resources and employment law firm has doubled the size of its office to accommodate growth in business and its team.

Empire, which is headquartered in Aberdeen, has increased its office space by expanding into an additional floor of the building they own in the city’s Grandholm business development, near Bridge of Don.

The firm, which has more than 600 clients across the UK, bought the £1million Empire House three years ago but previously only occupied the first floor while leasing out the ground floor level.

The move to expand into the full 3,000 square feet space comes after the HR and health and safety specialists secured additional business since the start of 2012, resulting in the firm employing a further six members of staff to increase the team to 32.

Managing director of Empire, Steve Cook, said: “We invested in the building in 2009 with a plan to expand the business and as we’ve focussed on growing our client base we’ve had to increase the team to ensure we continue to deliver a client focussed service.

“Empire has considerable potential and has the capability to grow its market UK-wide as we continue to develop and grow our business and product services.”

In addition to increasing the size of the office, Mr Cook said the expansion will result in greater efficiency, as employees are now in teams specific to the sectors in which they work.

Empire has also converted part of the lower level into training facilities, which will be used for HR and health and safety courses available for both client and non-clients.

The firm has a diverse range of clients across the UK, with employee numbers ranging from three to 13,000, providing a commercially focused employment law and HR support service, including a 24-hour telephone advice line, HR consultancy, tribunal and health and safety support.