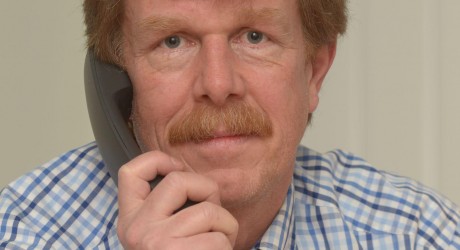 Peter Toholt (47) has been selected for a new role created as the result of an exciting collaboration agreement between SDI and QMS to develop the German food and drink market. The appointment will see his activities split between the two organisations.

Mr Toholt has considerable experience of the European red meat market having previously worked as product manager for SOPEXA responsible for marketing, sales promotion and communication for meat and meat products. His recent career has also seen him in the role of Marketing Consultant for the Butchers’ Confederation of North Rhine-Westphalia.

Jim McLaren, chair of Quality Meat Scotland, said: “Germany is an exciting market for Scotch Beef and Scotch Lamb with a population of meat-lovers and a growing swell of gastronomes who have strong appreciation of top quality food.

“Importantly, Scotland has a very strong positive image in Germany and our collaboration with SDI offers a great opportunity to further develop Scotland’s reputation as ‘the land of food and drink’ in a market which has previously proved challenging.

Mr McLaren added: “Our refocused export strategies, announced last year, will not only see our iconic brands gain an even stronger foothold on the continent but also contribute significantly to the vital issue of carcase balance which adds to the efficiency of the Scottish processing sector and adds value to the entire red meat supply chain.”

“It’s our role to help Scottish-based food and drink companies take advantage of the changing patterns of international trade and this new appointment will enable us to support ambitious businesses to tap into the increasingly lucrative Scotch beef and lamb markets that exist throughout Germany as well as the wider German food and drink sector.”

The intention to appoint two new Export Market Managers – for Germany and the Nordic Countries, was revealed by Rural Affairs Secretary Richard Lochhead when he announced *£300,000 additional funding to encourage growth in key European countries at the QMS marketing conference in January this year.

Mr Lochhead welcomed today’s announcement. “With the price of livestock at an all time high combined with pressures from the supply chain to reduce retail prices, this is a challenging time for Scotland’s red meat industry,” he said.

“Therefore, it’s vital that we find new premium markets for our high quality and delicious Scottish meats. That’s why the promotion activities of QMS are so important and I join with the processing sector in welcoming the appointment of a new export manager for Germany.”

Following tendering processes the appointment of Copenhagen-based Jakob True to the role of export market manager for the Nordic Countries was also confirmed by QMS today as was the reappointment of David Chiffoleau and Huub Schoemaker to cover France and the Benelux Countries respectively, with the aim of achieving exports growth in these established markets.

Strong demand, particularly from the EU, meant Scotch Lamb and Scotch Beef exports grew during 2011 with the total export market now worth an estimated £116 million to the Scottish industry.

In 2011, the farming and processing of red meat in Scotland generated a combined record turnover of some £2.1 billion.

“Food and drink is Scotland’s fastest growing export sector and this new model of collaboration will ensure we keep the momentum up,” said Scotland Food and Drink chief executive, James Withers.

“The industry is working together, in partnership with Government and its agencies, to exploit the growing opportunities for Scottish food and drink overseas. This new role will further strengthen our world-class red meat sector and create a new platform for the rest of the industry in this important market.”

*A total of £297k was announced in January 2012 to help boost European exports of Scotch Beef and Scotch Lamb, as match funding to QMS through the Scottish Government’s Marketing Development Scheme: