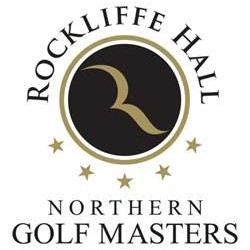 TORRENTIAL rain didn’t dampen the spirits of over 125 golfers – from all over the North of England – who flocked to Rockliffe Hall in Hurworth on Sunday (August 19th) to take part in the inaugural Northern Golf Masters Championship, competing to be crowned the best amateur golfer in the North of England.

The eventual winner was 19 year-old James Simpson, from Wickham Golf Club, who set a new amateur record score at Rockliffe Hall, one of the top uk golf courses.

Simpson, who has plans to turn professional, was one of only three golfers in a field of 129 to break par and was crowned the overall winner of the Northern Golf Masters, which will now become an annual event at Rockliffe Hall.

In second place was Rockliffe Hall’s own Jackson Kneeshaw who carded 70, two under par, despite the heavy rain. Stephen Ridley, from Bishop Auckland, was placed third and was one of three to break par.

Graeme Storm, Rockliffe Hall’s touring professional, presented the winners with their trophies and prizes which included a fourball at Wentworth for the winner, a luxury hotel break at Rockliffe Hall for second place and dinner cooked by Rockliffe Hall’s celebrated chef, Kenny Atkinson, in The Orangery for third.

The Northern Golf Masters was the first competition of its kind to give the best club golfers across Teesside, County Durham, Yorkshire, Tyne and Wear, Northumberland and Cumbria the chance to represent their club and to be named the number one amateur golfer in the North of England.

The scratch competition for category one golfers adopted the format of a professional tour event with first tee announcements, ball spotters and up-to-the-minute live scoring.

Golfers from as far afield as Leeds, York and Silloth-on-Solway took part in the event which also gave golfers the chance to play Rockliffe Hall’s world-class golf course, praised by PGA professionals as being one of the best in Europe.

Rockliffe Hall was also recently home to Team GB’s men’s and ladies’ football teams where they trained prior to their Olympic Games campaign. The resort has become one of the leading golf destinations in Europe, and a favourite location for golf breaks in the UK hosting a range of high profile events such as the William Hunt Trilby Tour and the Sir Bobby Robson Foundation Golf Day.

Speaking about the Northern Golf Masters Graeme Storm, who has a US Masters appearance to his name, said: “The Northern Golf Masters was an outstanding event and it was fantastic to see so many golfers taking part- even the terrible weather didn’t put anyone off. There’s been very little like this for amateur golfers and to be able to play on Rockliffe Hall’s world-class course is a brilliant experience for any golfer. To see a young golfer, like James, take the trophy was great and, even better, he set a new amateur record at Rockliffe.”

Director of golf at Rockliffe Hall, Ian Knight, added: “We received more entries to the Northern Golf Masters than we imagined and the day itself was a real success thanks to the enthusiasm of the players and their friends and families, even though the weather did let us down a bit. But, because of the excellent conditions on our course, all of the golfers got the chance to play to the best of their ability in the wet conditions. James played incredibly well and is a really inspiring young golfer who I’m sure will go on to greater things and achieve his ambition of turning professional.”

Winner, James Simpson, said: “I was really pleased to win at such a highly-regarded course against the best players from across the North. I’m now working hard to turn pro in a couple of years and I’ll definitely be back for next year’s Northern Golf Masters to defend my title. It was a really well organised tournament which everyone enjoyed- it was just a pity about the weather but it didn’t spoil the experience.”

About Rockliffe Hall:
Opened in November 2009, Rockliffe Hall is an AA-rated 5* luxury hotel resort set within 375 acres of stunning land on the banks of the River Tees just outside the village of Hurworth, County Durham.

MEDIA RELEASE posted by QueryClick. You too can post media releases on www.allmediascotland.com. For more information, email here.