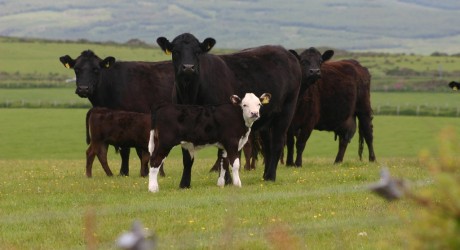 MAXIMISING technical efficiency will be vital for Scottish livestock farmers to help off-set the impact of the global scenario of stable meat prices, soaring cereal prices and high costs of key inputs, such as energy and fertiliser.

Iain MacDonald, economics analyst with Quality Meat Scotland, said the main driver of global food prices over the past five years, according to FAO data, has been the price of cereals.

“Meat prices, however, have tended to move at a slower pace with a slight lag. They have also tended to move in line with global economic output and accordingly, livestock production margins have tightened significantly in recent years,” said Mr Macdonald.

Adds a spokesperson: “This pattern has been repeated so far in 2012. The prices of raw commodities such as maize, wheat and soybean increased at a steady pace in the opening months of the year as bad weather affected plantings in the Black Sea region and harvesting in South America.

“Then, during June, a spell of warm, dry weather in the US led to worries that crop yields would prove lower than previously expected, and production volumes would subsequently be lower.

“As the drought intensified in July, the USDA sharply reduced its expectations for production to below those of the previous crop year, despite record plantings. For example, the USDA cut its maize production forecast by 12 per cent between June and July.

“Meanwhile, some private forecasters downwardly revised their estimates by an even greater degree.

“The result was that maize, wheat and soybean prices increased by 45 per cent in less than a month.  Markets then stabilised in August as no further surprises occurred.”

Added Mr Macdonald: “By contrast, global meat prices have fallen back in 2012, offsetting some of the rise in cereals.

“This has been driven by increased supplies and slowing demand growth. On the supply side, the FAO estimated in May that global meat production will increase by 1.6 per cent this year, after rising by 0.9 per cent in 2011.

“Lower supplies in Europe will be offset by expanding livestock numbers in Oceania, Africa, Asia and South America and drought-induced herd liquidations in the US.

“A slowdown in global economic growth to close to stall-speed has subdued demand–side pressures too, and meat prices have subsequently cooled.”

However, Mr Macdonald pointed out that history reveals that a spike in cereal prices tends to be followed, at a lag, by a more modest appreciation in meat prices.

“If we see this pattern repeated there may be some respite for squeezed producers in the coming months. Indeed, the FAO meat price index picked up by two per cent in August. However, the outlook for global supply and demand described above appears to offer little hope of strong growth in retail prices for meat.”

The spokesperson went on: “The combination of better supplies and higher feeding costs therefore indicates tightening margins for the livestock sector.

“However, rising cereal prices are, of course, not the only factor impacting heavily on the livestock industry’s cost of production. In addition to grain and protein prices, the cost of energy and fertiliser has also continued to grow at a significantly faster pace than meat prices.

“An oil price well above the $100 per barrel level has kept the cost of commodities much higher than producers have been used to.

“Furthermore, a strong US Dollar has added to the pressure on commodity prices, pushing up their cost further when quoted in many other currencies.”

And Mr Macdonald concluded: “The bottom line, therefore, is that the only way to maintain profit margins in such an environment will be to maximise technical efficiency. On the upside, the Scottish livestock sector appears to be ahead of the curve on this front.

“Producers took advantage of strong prices for mature stock throughout 2011 and the first half of this year by culling their least productive breeding animals. Further supporting evidence comes courtesy of the beef sector where increased productivity has led to more calves being born despite a decline in the breeding herd.

And the spokesperson ended, by saying: “One further sign of promise for livestock producers is the recent accession of Russia to the World Trade Organisation (WTO).

“As a consequence of membership Russia will not only lower its import tariffs on meat, but will also come under pressure to alleviate some of its non-tariff trade barriers, thereby offering the prospect of greater imports.

“It will also make it harder for Russia to repeat its grain export ban of 2010/11. With the Russian economy currently defying the global downturn, growing by nearly four per cent in the year to June, this looks like good news for farmers.

“Any subsequent increase in trade with Russia is therefore likely to tighten the balance between supply and demand for meat at the global level, potentially leading to some upwards movement in prices.”