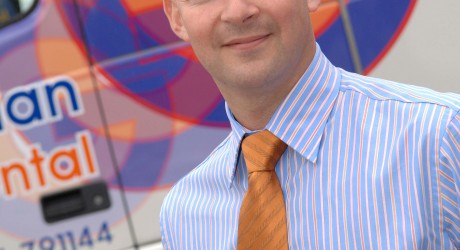 A LEADING North-east road transport firm is expanding with the launch of a new European base as a result of continuous business growth.

Grampian Continental, based in Kinellar, Aberdeenshire, has launched new premises in Verona, Italy, which will be the firm’s second European base.

The move follows a vast increase in oil industry related work in Italy and a number of contracts wins to manage large projects in Cyprus.

The firm, launched in 2009 by Gavin Murray, Neil Bremner and Michael Lacey, has experienced an impressive first three years in business resulting in an increase to it’s modern fleet and expanding it’s premises and team of expert staff.

As well as the Aberdeen and Italian premises, the award winning haulage firm also has a presence in Great Yarmouth and in the Netherlands.

The firm is currently looking to open another base in Bedlington, Newcastle.

The opening of the Verona premises will provide a platform to service the firm’s existing Italian customers and open up new areas for business, as far a field as Romania and Turkey.

Grampian Continental has plans to further expand its presence within the UK market and will take delivery of the Italian registered fleet of vehicles early next year.

Operations director for Grampian Continental, Michael Lacey, said: “This is a very exciting time for the company, the opening of the Verona office will not only complement our present trade lanes but also open up new opportunities for the Eastern Europe and further afield and allow us to grow the business into new areas.”

Grampian Continental, which was awarded the 2012 Scottish Haulier of the Year, works with more than 500 clients delivering a large percentage of work for the oil and gas sector to support exploration projects with logistical requirements.

The firm operates a varied modern fleet with the capability of transporting a diverse range of loads, from 1kg up to more complex loads, such as 80 tonne offshore structures.

Issued by Frasermedia Ltd on behalf of Grampian Continental Ltd