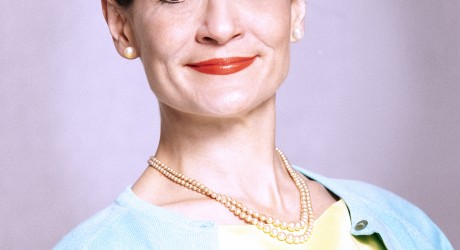 A nationwide programme of over 200 arts events and activities
1st-31st October, 2012

Sign up for updates and view full programme: www.luminatescotland.org

THROUGHOUT October, a brand new play set in 1950’s seaside community, will tour Fife as part of a new nationwide celebration of our creative lives as we age.

Luminate: Scotland’s creative ageing Festival is set to throw a spotlight on over 200 inspirational arts activities – many of them free – with, and for older people, as well as events for audiences and participants across the generations.

Award-winning theatre company, Nutshell, will visit eight venues across Fife with their new play, Thread, a darkly funny play drama exploring friendship and who we become when our memories start to fade.

Nutshell say: “come roll your dice at the church hall beetle drive and share Joan, William and Izzy’s tangled lives. Friends since primary school and closer-than-close ever since, identities stitched together as intricately as their homemade party clothes.”

Living in the secure but suffocating embrace of a 1950s Scottish seaside community, who gets to become the person they want to be?

Thread explores the choices we make and who we become when our memories start to fade.

Written by Jules Horne, directed by Kate Nelson and produced by Ed Littlewood
Thread premiered at the Edinburgh Festival Fringe where it was voted Winner of a coveted Scotsman Fringe First Award. Soon after, Mary Gapinksi and Claire Dargo were selected as nominees for Best Actress The Stage Awards for Acting Excellence 2012.

Thread follows Allotment as the second show in Nutshell’s Still Points Of The Turning World trilogy which invites audiences to stop for a moment and consider the effects had on each of us by the dramas of everyday life.

Luminate director, Anne Gallacher, explains: “There is already a wide variety of creative work with and for older people taking place across Scotland, and Luminate looks to celebrate and build on this. The inaugural Luminate programme includes new collaborations, and international projects, and features a broad range of independently-run projects, including work led by arts, museum and heritage organisations, public libraries, residential care providers as well as community and neighbourhood groups.”

The cross arts festival includes dance, drama and music performances; film screenings, literary events and exhibitions. Festival participants range from nine years-old to 90, and feature professional and non-professional artists alike and opportunities are offered for people to become involved as participants as well as audience members.

Luminate is funded by Creative Scotland and the Baring Foundation in partnership with Age Scotland.

Iain Munro, director of Creative Development at Creative Scotland, said: “Luminate is the first festival of its kind in Scotland that celebrates creativity as we age and shares that passion across the generations.

“We’re delighted to be partnering with the Baring Foundation and Age Scotland to increase the numbers of older people enjoying high quality arts activities, whether as artists, performers, participants or consumers, and to enjoy a long and creative life.

It’s an exciting new addition to the Year of Creative Scotland and further enhances Scotland’s international reputation as a festival nation.”

Age Scotland director of Charity and Community Services, Kay Hutcheson, said:
“Age Scotland has a positive, forward looking vision for our ageing population and is working hard to empower older people to demonstrate to themselves and others the continued value of their contribution to society.

“We believe that this value also encompasses the creative arts and that we should be doing our utmost to increase the number of older people enjoying high quality arts activities – whether as artists, performers, participants or consumers.  Luminate fits the bill in this regard.”

To sign up for updates and view full Luminate programme listings visit: https://www.luminatescotland.org

1. Luminate: Scotland’s creative ageing festival is an initiative by Creative Scotland and The Baring Foundation and is being developed and delivered in partnership with Age Scotland.  For updates and further information: www.luminatescotland.org

2. Creative Scotland is the national development agency for the arts, screen and creative industries. Our vision is that Scotland will be recognised as one of the world’s most creative nations – one that attracts, develops and retains talent, where the arts and the creative industries are supported and celebrated and their economic contribution fully captured; a nation where the arts and creativity play a central part in the lives, education and well-being of our population.

The Year of Creative Scotland began on January 1, 2012 and is a chance to showcase, celebrate and promote Scotland’s cultural and creative strengths. Through a dynamic and exciting year-long programme of activity celebrating our world-class events, festivals, culture and heritage, the year puts Scotland’s culture and creativity in the international spotlight with a focus on cultural tourism and developing the events industry and creative sector in Scotland. More information about the programme can be found at: www.visitscotland.com/creative  The Year of Creative Scotland is a Scottish Government initiative led in partnership by EventScotland, VisitScotland, Creative Scotland and VOCAL.

3. The Baring Foundation is a London-based independent funder. Founded in 1969, it has given over £100 million since then to support the voluntary sector to tackle discrimination and disadvantage. In 2010, the Foundation launched a five-year, £3 million UK-wide fund for arts by older people, following on the publication of a survey of the field, Ageing Artfully. So far 44 arts organisations have been funded from the Isle of Lewis to Cornwall, along with a series of strategic interventions of which, Luminate, is the most significant. http://www.baringfoundation.org.uk/

4. Age Scotland has a positive, forward looking vision for our ageing society. The charity works for a better later life for all of us – today and tomorrow, listening to older people in order to understand what they need to transform their lives for the better, challenging disadvantage and unfairness.

Age Scotland values older people and believes they have the power to change their lives for the better. Community by community, life by life, the charity is working towards a Scotland where older people are valued and respected for who they are. http://www.ageuk.org.uk/scotland/