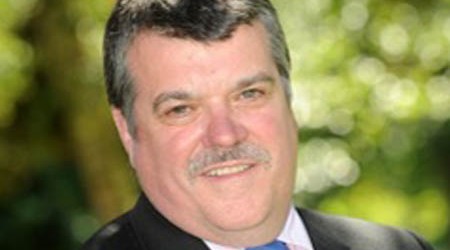 A NORTH-east accountancy firm is urging businesses across the region to be prepared for unannounced inspections of their books – or risk facing an unwelcome fright from the taxman.

SBP Chartered Accountants says the possibility of random HM Revenue & Customs inspections at company premises are becoming more common and, if the experts do uncover some tricks or treats, business owners are being hit with larger fines.

They are urging companies to ensure that all their documentation is in order in case they become the target of an investigation.

The accountancy firm, which has offices in Aberdeen, Peterhead, Fraserburgh and Banff, warns that HMRC are now making more aggressive checks, focusing on areas such as company accounts, and making sure proper records are in place and that tax returns are filed correctly.

Head of tax at SBP Chartered Accountants, Alan Masson, said: “The key for any business is retaining up-to-date records and proper documentation. Everything the taxman takes into consideration is based solely on documents and proof of the information they are being given.

“What could happen is they may undertake a check once the submission of a tax return or PAYE return has been completed and they believe the figures don’t quite add up, but they can also look at current records that may not have been returned yet – and that’s what seems to catch out a lot of firms.

“Companies must be able to back up everything with evidence otherwise it allows HMRC to draw their own conclusions.”

Mr Masson’s advice is to have documentation and solid proof as back up, to avoid a potentially stressful investigation and to avoid substantial fines.

He said: “Penalties can be anything from 30 per cent of the amount of money owed, to 100 per cent depending on the circumstances.

“If there is evidence that the situation was deliberate and concealed, it carries a much harsher penalty than an honest mistake that was perhaps not picked up by the company.

“In some cases, there won’t be a fine on top of what is owed at all.”

He said businesses should co-operate to a certain extent with any checks, but they should always seek advice in the first instance.

He added: “If companies become involved in an investigation, the taxman will tell you at each stage what penalty is being looked at, if there is one at all.

“There is no requirement to have a meeting with the tax office without an accountant present but HMRC also has the ability to carry out mixed checks, such as tax returns, VAT returns and benefit returns.

“Although they don’t have the resources to enquire or check every business, they examine to the extreme when given the opportunity.”

This year’s paper tax returns, for the year ended 5 April 2012, must be with HMRC by 31 October and online returns must be received by 31 January 2013.

SBP Chartered Accountants has been in business for over 40 years and has 33 members of staff across its four branches. The company provides assistance in accountancy, taxation and audit services, among other financial services.

For advice or more information about SBP Chartered Accountants, contact (01224) 647300.

Issued by Frasermedia Ltd on behalf of SBP Chartered Accountants.