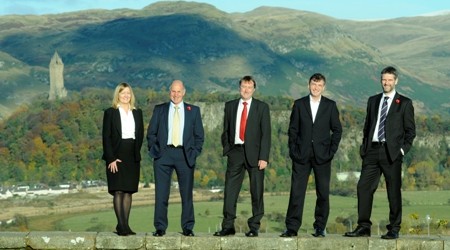 LEADING mid-tier firm, French Duncan LLP, has merged with Stirling-based Macfarlane Gray to create one of the largest mid-tier accountancy practices in Scotland, with a combined fee income of £10million, nearly 200 employees and a network of eight offices spanning Scotland’s Central Belt.

The firm has grown strongly in recent years and is the most successful firm of Chartered Accountants in the Forth Valley with a turnover of £2million.

Given its size, the firm is one of the few in the area that can provide a broad range of services to its clients including: corporate finance; accountancy and financial services.

However, its merger with French Duncan will allow its clients to tap into an even greater pool of resources provided by one of Scotland’s leading independent firms.

French Duncan chair, Robert Kerr, who was named Accountant of the Year in this year’s Scottish Accountancy Awards, said: “In looking to expand our business in the Central Belt, we recognised Macfarlane Gray as a high-quality business with a similar ethos to ourselves; an ethos focused on delivering the best service to our clients and having some fun doing that.

“Not only will this merger expand the French Duncan business, but it will provide real benefits for Macfarlane Gray clients and staff with MG becoming part of one of Scotland’s largest and fastest-growing accountancy practices.”

French Duncan’s managing partner, Graeme Finnie, added: “French Duncan has seen dramatic changes in the last 18 months with the recruitment of a plethora of new talent, including a number of new partner appointments from our larger competitors.

“I think it’s fair to say that, at the moment, we are one of the most focused and dynamic practices in Scotland and the merger with Macfarlane Gray is just one more step on the road to our goal of becoming Scotland’s premier indigenous accountancy practice.

“I would also say that, while some of our competitors are talking about mergers, we’re actually doing it.”

“A merger of like minds, this deal represents a coming together of services for the common good of clients and staff,” said Skilling.

“We believe that this merger will provide business owners in Central Scotland with a unique blend of business advisors who, irrespective of size or sector, have the experience to assist in the growth and development of their businesses.”

Callan added: “It represents a great example of two plus two equalling way more that four! Macfarlane Gray will play a major role in the strategy of the combined business and we share a common approach to assisting our clients develop and grow.”

Under the terms of the merger, Macfarlane Gray will retain its name as part of French Duncan LLP.

French Duncan continues to consider strategic options for growth, including acquisitions and mergers, whilst remaining committed to the delivery of a personal, focused and attentive service to its expanding client base.