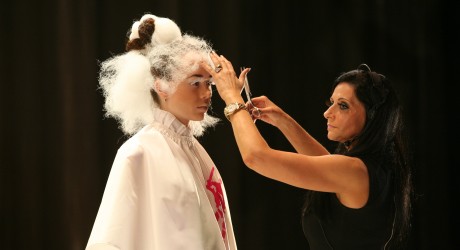 PERTH-based hairdressing salon group, Charlie Taylor Hair Health & Beauty, has been shortlisted for the Fellowship of British Hairdressing’s Salon Group of the Year Award, the results of which will be announced on December 3 at their annual ceremony held at The Dorchester in London.

The salon group was founded in Perth in 1987 (by) top international stylist, Charlie Taylor, three times Scottish Hairdresser of the Year and member of the British Hairdressing Hall of Fame, whose stellar career in hairdressing has placed the company firmly on the map.

Awarded only to exceptional salon groups who deliver the highest standards of ongoing training, customer service and hairdressing skills, Charlie was delighted to receive the news that the company she founded in the fair city of Perth 25 years ago is in the running for one of the biggest awards in the hairdressing business.

Charlie commented: “This is tremendously good news. We celebrate 25 years as a company this year and we have four salons filled to the brim with highly-trained and highly-talented hairdressers.

“This award nomination recognises and rewards their commitment to the industry and to operating at the very highest levels. I’m extremely proud of them all.”

Charlie, originally from Newport on Tay in Fife, has four salons in St Andrews, Dundee, Perth and Bridge of Allan.