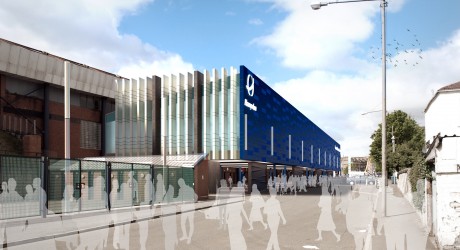 AS Hampden Park continues its preparations to take centre stage at the forthcoming Glasgow 2014 Commonwealth Games, ISG has been appointed by Hampden Park Limited to carry out £2.8 million of improvement works on the North Stand Concourse at Scotland’s national stadium, located on the south-side of the city.

The extension has been designed to blend with the existing structure and provides an enlarged concourse area, with the scheme also delivering new catering facilities, new toilets and lifts.

The area created underneath the new build element will provide additional shelter for spectators.

The under croft at the West Stand will also be converted to provide incremental secure storage space.

ISG’s Andy Mallice, managing director – Scotland, commented: ‘‘ISG’s recent involvement in the staging of the London 2012 Olympic Games, including the construction of the iconic velodrome and delivery of the ‘overlay’ or temporary infrastructure requirements for all London 2012 venues, gives us unrivalled expertise delivering at the very highest levels of international sport.

“As a business, we have already forged a successful partnership with the team at Hampden Park in preparing the stadium for its role in London 2012, so we are uniquely placed in Scotland to assist as the venue continues its countdown to the Glasgow 2014 Commonwealth Games, delivering facilities that will be a lasting legacy for future generations visiting Scotland’s national stadium.”

In view of Hampden’s location in the heart of the Kings Park suburb of Glasgow, a key priority for both ISG and Hampden Park Limited is to maintain communication with the local residents.

ISG’s customer care team will play a vital role in ensuring local residents are kept fully appraised of work in progress and detailing important developments throughout the duration of the project.

ISG Plc is an international construction services company delivering fit out, construction and a range of specialist services, with 31 offices worldwide. The company works with owners, developers and occupiers in the public and private sector for an extensive range of industries. ISG Plc was established in 1989 and has been quoted on AIM since 1998.

Today, the company has a turnover of around £1.1 billion.