Media Release: Scotland among the first to realise ‘green from green’ motoring 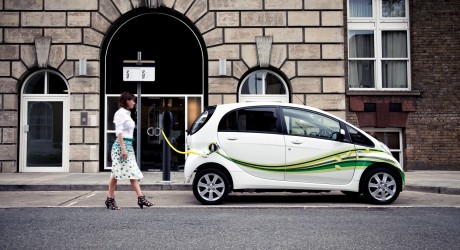 GLASGOW is set to offer free electricity for residents and visitors driving electric or hybrid cars.

Twenty new charging posts have been installed in the city’s public charging network, providing Glasgow with one of the densest networks of electric car charging points in the UK.

Glasgow City Council’s executive member for Sustainability and Transport, Councillor Jim Coleman, said: “We have been introducing electric vehicles into our own fleet for some time now and I want to see them become a regular sight on Glasgow’s streets.

“By providing more charging points, we can start to make an electric vehicle not only a clean and economic choice, but a practical option for many more motorists.”

Begins a spokesperson: “Glasgow was chosen to participate in the Joined-Cities Plan, an £11m scheme launched by the Energy Technologies Institute (ETI) in 2009 to will help cities deploy a network of recharging points for electric and plug-in hybrid vehicles.

“Since that time, the council has installed 20 electric vehicle charge points, and trialled 16 electric cars in their own fleet.

“The charging posts were installed by mechanical and electrical contractor FES Ltd, who also supply and install renewables including solar thermal, solar PV and wind turbines.

“There are already several installations in Scotland that link electric car charging to locally-generated renewable energy, and the country’s advanced renewable energy economy is expected to help Scotland realise the ‘green from green’ motoring dream faster than other parts of the UK.”

Erik Fairbairn, CEO of POD Point, commented: “Scotland’s renewable energy policies will fast-track the country to low emissions motoring, and make electric cars a more attractive proposition to individuals and businesses who want to use the surplus energy they generate to charge electric cars.

“We expect this will be particularly interesting to companies or individuals who have invested in renewable energy installations and want to see an additional return on investment in terms of long-term savings from their transport budget.”

He added: “Electric motoring is suitable for companies or individuals who do planned, local journeys where vehicles return to base every day.

“We are expecting to see a surge of interest in Scotland, where the government-backed grant schemes for fitting electric vehicle charge points are extremely generous.”

POD Point is a UK-based company specialising in electric vehicle charging software and hardware. POD Point sold its first charge points in 2009 and since sold over 3,000 home charging units and street (post) charging points which are supplied to customers in the UK and the EU. POD Point now employs 25 people and is directly responsible for creating work for 50 suppliers, manufacturers and service staff.

MEDIA RELEASE posted by POD Point Ltd. You too can post media releases (aka press releases) on allmediascotland.com. For more information, email here.