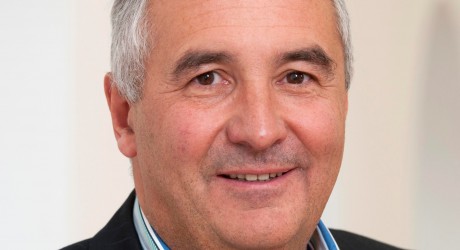 CREATIVE Scotland today announces that Andrew Dixon has taken the decision to stand down from the post of chief executive at Creative Scotland and make way for a new chief executive to lead the organisation through an important period of change.

“On behalf of the Board, I would like to thank Andrew for his stewardship of Creative Scotland since its inception.

“He has also taken every opportunity to be a vociferous champion and advocate for Scottish arts and culture.”

Andrew Dixon, in a statement about his departure, said:

“It has been a privilege to have been involved in the early years of Creative Scotland and to have worked with such talented and dedicated staff, but I now feel the time is right for a change of direction for both myself and the organisation.

“I am proud of what has been achieved since the merger. We have delivered new resources for the arts and established strong partnerships with local authorities, broadcasters and many other agencies.

“The Year of Creative Scotland, The Guide to Scotland’s Festivals, a new capital programme, the Creative Place Awards and the recent Luminate festival have shown the potential for all parts of Scotland to play a part in the creativity of the nation.

“I have been disappointed, given my track record, not to gain the respect and support of some of the more established voices in Scottish culture and I hope that my resignation will clear the way for a new phase of collaboration between artists and Creative Scotland.

“I have, however, also received much support and generosity of spirit from people in the arts and culture community across Scotland. I have been grateful for the tireless support of Fiona Hyslop and many others in Government.

“I would also like to thank Sir Sandy Crombie and the rest of the Board who volunteer their time and expertise so willingly.

“The staff team at Creative Scotland is exceptional and, despite recent strains, they continue to demonstrate professionalism and a true passion for the artistic and creative life of Scotland. I wish them all the very best.”

The board will now begin the process of finding a new chief executive and setting up interim arrangements. In the immediate future, the senior management team will report directly to Sir Sandy Crombie as chair of the board.

Andrew Dixon will leave Creative Scotland at the end of January 2013 after completing a programme of handover and transition support to the chair and the board.

As detailed in previous statements, Creative Scotland is currently undertaking two internal reviews with the aim of improving its operations and relationship with artists, cultural organisations and other stakeholders.

Andrew Dixon was appointed in February 2010 as acting director of Creative Scotland and has been full-time since May 2010, overseeing the merger of Scottish Screen and the Scottish Arts Council.

Further announcements will be made as appropriate.