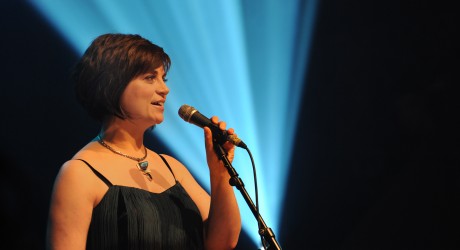 The event, celebrating the best of Scottish Traditional and Gaelic music and song, will take place on Saturday 8 December with live coverage on BBC ALBA from 9pm until 11pm.

Mary Ann Kennedy and Tony Kearney will host Na Trads and viewers will be able to witness some of the prestigious gongs being presented on the night as well as exclusive live performances from top musical acts that have continued to make an impact throughout 2012.

Among the acclaimed bands and musicians taking to the stage will be The Treacherous Orchestra – the 13-piece outfit who launched their debut album, ‘Origins’, earlier this year – plus Scots singer-songwriter, Karine Polwart, and popular folk-funk band, Man’s Ruin.

As well as those performances, Deacon Blue’s Ricky Ross will be paying a special tribute to the late, great songwriter, Michael Marra.

Margaret Cameron, channel editor for BBC ALBA, said: “We are delighted to be once again showcasing the MG ALBA Scots Trad Music Awards – a fantastic event that recognises and celebrates the rich culture of traditional Gaelic and Scottish music and song that as a nation we are extremely proud of.

“This is the first time we have provided live coverage of the event and I’m certain that the great atmosphere that is enjoyed by all at the ceremony will shine through to BBC ALBA viewers at home.

“The event will be extra-special as it celebrates the tenth anniversary of the Trad Awards and it’s a must-see for all those who appreciate and participate in the Scottish music scene and we’ll see well deserved recognition for some of the finest performers around.

“We’re passionate about showcasing the best of Gaelic and Scottish culture on BBC ALBA and are delighted that we can allow those who can’t attend on the night to share in the awards by tuning into BBC ALBA.”