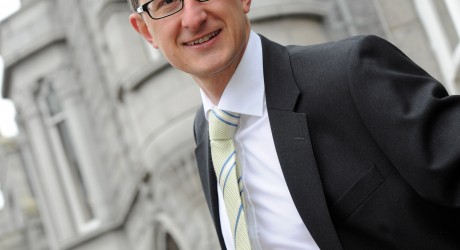 A NORTH-east based reservoir engineering company has successfully completed a major reservoir-modelling project for an oil field re-opened by an international firm following more than ten years of shutdown.

Oilgen, which specialises in producing high-tech field history matching to forecast and improve oil and gas exploration, has designed accurate reservoir models to predict and optimise production in the Rijn oil field, 40 kilometres off the coast of Rotterdam, for TAQA Energy Holland.

TAQA Energy re-opened the field in 2010, more than ten years after it was abandoned following around 15 years of production by former oil company, Amoco.

Oilgen has completed the five-figure contract to deliver 3D reservoir models to help the client understand the reservoir mechanisms to rejuvenate the field and optimise further development.

Through recommended routes for drilling and water injection, it’s predicted that Oilgen can help TAQA Energy produce five per cent additional oil from the field. The oil production firm is set to drill a new well in 2013.

Managing director of Oilgen, Laurent Schirrer, said: “This is a very high profile project to be involved in and we were delighted to be the first company to successfully fully explain the history of the field.

“It was last studied more than ten years ago but we carried out our own research of the data to create a more accurate model so the client can reach maximum field potential within budget.”

Oilgen has previous experience with TAQA, assisting with project management for the North-east branch of TAQA Bratani.

Subsurface manager for TAQA Energy, Simon Vroemen, said: “This is a notoriously difficult field to history match so we had to work with the best in the market. Oilgen did an excellent job and delivered a near perfect history match, on time and within budget, which was crucial for the success of the project.

“Their impressive amount of data research and measurement has resulted in a fully working 3D model allowing us to accurately predict the future life of the field.”

In addition to subsurface project management, Oilgen operates an advisory branch, which includes access to a range of experienced consultants providing further support to its clients in reserves and acquisitions.

It also specialises in project management and provides Enhanced Oil Recovery techniques that are valuable to oil and gas production.