Media Release: Glasgow Christmas song is a hit, all the way to Clapham Junction 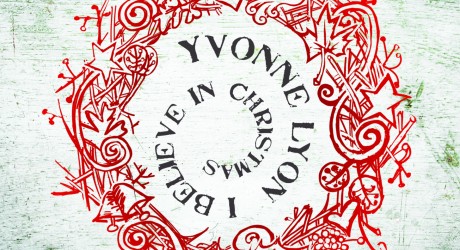 A CHRISTMAS song that mentions Glasgow’s Byers Road looks set to become an essential part of the festive season all over the UK.

‘I Believe In Christmas’ by Greenock-based Yvonne Lyon has already received airplay on BBC Radio Scotland and is also being heard in shops everywhere from Inverness to Cornwall.

Yvonne explains: “The song is intended as a bit of a rant because I really love and hate Christmas at the same time. I feel the real meaning is almost completely lost and, for a lot of people, it’s actually a very tough time of year. So I wanted to point out the absurd but also celebrate the good things about it.”

The song was born after Yvonne began a Masters course in Songwriting at the University of the West of Scotland.

“We had a week’s collaborative songwriting with different tasks and deadlines and I really enjoyed it. I wanted to keep the momentum going and started work on this.”

Yvonne’s husband, David, plays on the track which has been praised for its ‘gentle sleigh ride rhythm while avoiding cliches and schmaltz’. He also joined Yvonne to co-write sister title, ‘Dear December’, with the two tracks available to download from iTunes and Bandcamp as a double A-side.

Sales are going well but it’s the constant reports of the track being heard in shops all over the UK that is taking Yvonne by surprise.

“Both songs have made it onto a CD that gets sent out to major retailers. People keep messaging me on Facebook to say they’ve heard ‘I Believe In Christmas’ while doing their Christmas shopping. It’s been played everywhere from Caffe Nero in Glasgow’s Gordon Street to the Slug and Lettuce at Clapham Junction.”

Yvonne says she intends to spend the big day itself enjoying the company of friends and family and will then begin preparations for a hectic start to 2013 which involves a performance at Celtic Connections with regular collaborators Kilmarnock Edition and a trip to the Folk Alliance in Toronto in February.

‘I Believe In Christmas’, by Yvonne Lyon, is available now from iTunes and Bandcamp. For further information, visit www.yvonnelyonmusic.com.