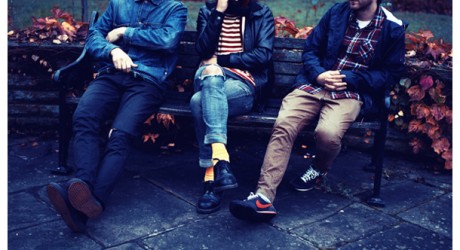 FIVE Scottish bands and three DJs are set to perform at South by Southwest (SXSW) in Austin, Texas this March supported by funding from Creative Scotland.

Taking place this year from 8 to 17 March, the annual SXSW event combines music, film and interactive conferences and festivals.

SXSW is one of the largest and most important events in the music industry calendar and recognised as providing an important platform for artists to develop their careers internationally.

The View, Camera Obscura, Young Fathers, PAWS, Kassidy, Jackmaster and JD Twitch and JG Wilkes from Optimo will appear alongside other Scottish artists as part of two Scottish showcase concerts at the music festival.

Showcasing Scotland at SXSW Music takes place at the British Music Embassy on Wednesday 13 March and Friday 15 March. Final line-ups will be announced closer to the shows.

A number of other Scottish bands, including Holy Esque, Tango in the Attic, and Chvrches, will also perform at Showcasing Scotland or in other venues during the festival.

This will be the 27th SXSW. It is the third year in which bands have been supported to attend by Creative Scotland.

“{With the support of Creative Scotland, these musicians will bring the vibrancy of the Scottish music scene to the audience of music fans and industry professionals from across the world attending this important event.”

“The group’s attendance at SXSW is the ideal opportunity for them to present themselves and debut for US audiences and the American music business, who will be attending in force. Creative Scotland’s financial addition to the budget will prove to be hugely important in facilitating this visit.”

Following their attendance at SXSW in 2012 supported by Creative Scotland Scottish artists benefitted from a range of new business opportunities, including Three Blind Wolves who secured US booking agent representation from Paradigm, the agency who represent Coldplay, while Tango in the Attic had their music used on US TV shows Gallery Girls, The L word and The Real World and were taken on by Brooklyn-based radio promotion based agency Crowd Control.

For more information about South by Southwest visit http://sxsw.com

The View are an indie rock band hailing from Dryburgh in Dundee. Their latest album Cheeky For A Reason won Best Album at the 2012 Tartan Clef Scottish Music Awards. The band are touring extensively in the USA and will also be performing in New York in April 2012, as part of the Scotland Week celebrations. www.theviewareonfire.com

Glasgow’s Camera Obscura have been making music for over a decade and will be returning to SXSW to tee-up the release of their eagerly awaited fourth album, which will be released by 4AD Records later this year. www.camera-obscura.net

Formed in 2008 Edinburgh hip-hop trio Young Fathers are Alloysious Massaquoi, who is originally from Liberia, Kayus Bankole, who is Nigerian and ‘G’ Hastings, who hails from the Drylaw scheme in north Edinburgh and the band’s unique musical style reflects their diverse backgrounds. Last year they signed to the Anticon label, their first release for which was Tape One. www.young-fathers.com.

PAWS live in Glasgow, with members respectively from Tain (Highlands of Scotland), Edinburgh, and Glasgow and (in their own words) bash out infectious, lo-fi, garage pop-rock that can quickly shift from cute melancholia to an unnerving territorial roar. They released their first LP Coke Float on Fat Cat records in 2012. www.wehavepaws.com

Four piece alternative Glaswegian folk rock band Kassidy formed in 2008. Their second album One Man Army was released in 2012. 2013 will be a busy year: they’ll be recording their third album, undertaking their first US tour and playing the summer festival circuit. www.kassidymusic.com

Running every Sunday from 1997 until 2010 at Glasgow’s Sub Club, Optimo redefined clubbing with riotously inventive sets from the founders and residents, JD Twitch and JG Wilkes, live bands and international guest DJs. Whilst the night is no more, Optimo is now the name for the DJ duo and their record label, founded in 2009. www.optimo.co.uk

Jackmaster is one of the most promising DJs on the international circuit. One of the founders of legendary Glasgow club night Numbers and one sixth of the record label of the same name that has released Redinho, Jessie Ware, Lory D, Jamie xx and SBTRKT among others. He’s toured the states with Skream & Benga; is an alumnus of the Red Bull Music Academy; and already has a Fabric Live release to his name. He’s also the most recent addition to BBC Radio 1’s In New DJs We Trust. www.facebook.com/djjackmaster