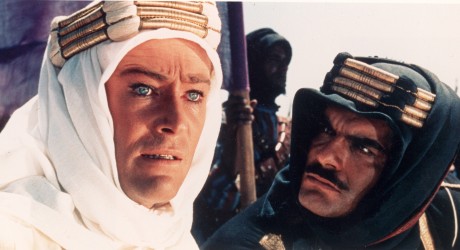 AYR Gaiety has raised the curtain on an unique movie-going experience for Ayrshire film fans.

Hot on the heels of a sell-out re-opening programme of panto, comedy and music, the historic seaside theatre has launched its first run of programmed Studio Film Matinees and Film Nights.

Vince Hope, executive director of the Gaiety Partnership, said: “Movie goers in Ayrshire will now be able to enjoy an up close, personal and intimate film going experience.

“Our multi-functional Studio Theatre is equipped with the latest digital projection and surround sound equipment and we plan to bring the broadest possible range of films to entertain Ayrshire’s enthusiastic film fans in the year ahead.

“We aim to provide a friendly, satisfying night out at the cinema, where patrons can enjoy a meal or a drink in the Stage Door bar/restaurant prior to and after the screenings – making film nights at the Gaiety a complete and enjoyable evening out.”

The programme kicked off on Saturday with a screening of cartoon hit Madagascar 3, and continues on Wednesday, January 30 with afternoon (2pm) and evening (7.30pm) screenings of Anna Karenina (Cer t12A), the spellbinding adaptation of Tolstoy’s stirring tale of love and marriage in Imperial Russia, starring Keira Knightley and Jude Law.

There’s also a chance to win a pair of tickets of your choice in the monthly prize draw on the Gaiety Facebook page, where customers can also sign up for the free G News monthly newsletter.

Vince added: “The early response to the concept of showing films at the Gaiety has been extremely positive and we hope to become an established venue for great cinema in Ayrshire.”